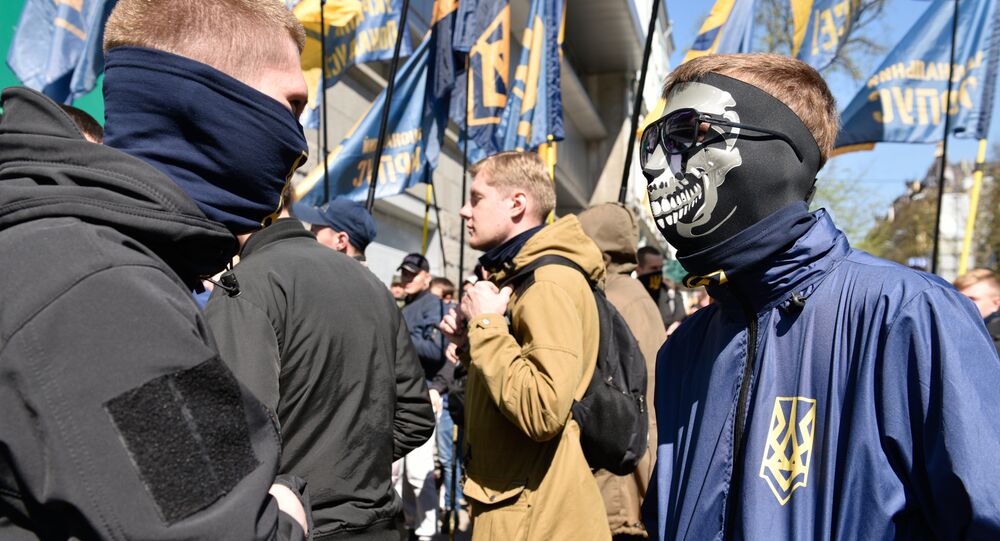 According to the survey, which polled 2,000 people age 18 and over across Ukraine between May 19-25, only 21% of respondents agreed with the statement that their country was 'in a state of development'.

© Sputnik / Andrey Stenin
Putin: CIA Closely Monitored Ukraine in 2014
Over 60% of respondents said that they've felt a worsening of their personal financial situation over the past year. 60% said they could not afford to pay their utilities bills. 97% said that they have personally been affected by higher prices for consumer goods and services.

© Sputnik / Gennady Dubovoy
Over 10,000 Killed, Nearly 24,000 Injured in Ukraine's Conflict Since 2014 - UN
According to Rating Group Ukraine, the margin of error for its polling does not exceed 2.2%.

Ukraine has experienced two color revolutions, the first in 2004 and the second in 2014. The second event culminated in the Maidan coup d'etat in February 2014, overthrowing President Viktor Yanukovych and plunging the country into chaos. Authorities in Crimea held a status referendum, after which the peninsula broke off from Ukraine and rejoined Russia. A civil war broke out in Ukraine's southeast. Western officials accused Moscow of involvement in the crisis; Moscow accused Washington, Berlin and Brussels of supporting the coup leaders in Kiev. The situation in the Eastern European country has led to a deterioration in relations between Russia and the West.

Putin to Poroshenko: Close Your Offshore Accounts Before Becoming European