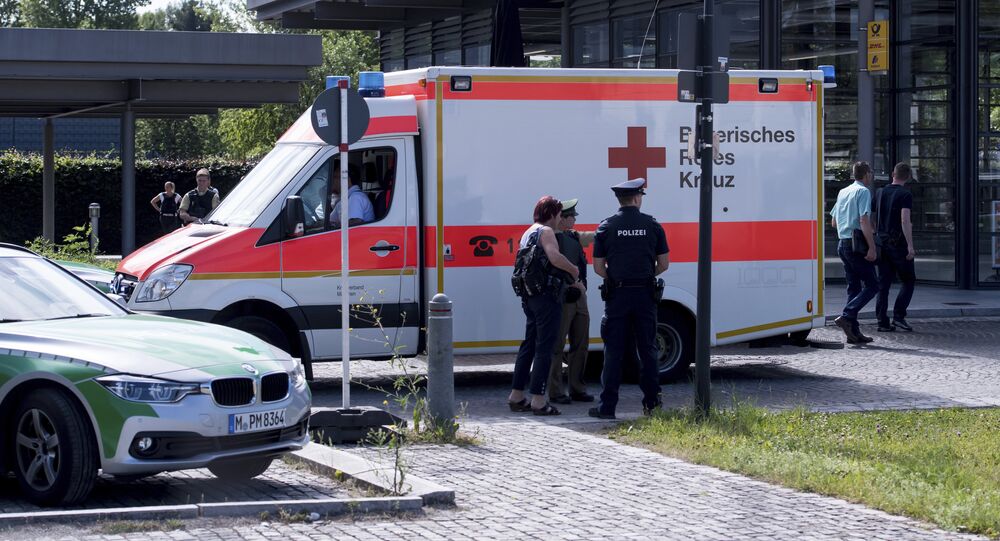 The offender in the shooting at a train station near the German city of Munich was known to police in 2014, he was under criminal prosecution in relation to drug storage, according to local police chief Hubertus Andra.

MOSCOW (Sputnik) — The offender in the shooting at a train station near the German city of Munich was known to police since his detention over drug storage in 2014, the local police chief Hubertus Andra said Tuesday.

© AFP 2021 / Christof STACHE
Munich Train Shooting Focuses Attention on Security As Elections Draw Close
The shooting occurred at 06:30 GMT on Tuesday at a train station in Unterfoehring, a suburb of Munich, when the offender attacked a police patrol officer during a routine document check. Four people were injured in the shooting, including the attacker and a policewoman who was hospitalized with a severe wound to the head.

"The criminal is known to police, as in 2014, he was under criminal prosecution in relation to drug storage. He was caught having a large amount of marijuana," Andra said during the press conference aired by Bayerischer Rundfunk broadcaster.

The police confirmed that the perpetrator was a 37-year-old German national.

Munich police spokesman Marcus da Gloria Martins said that there was no evidence that the shooting incident was terrorism-related.