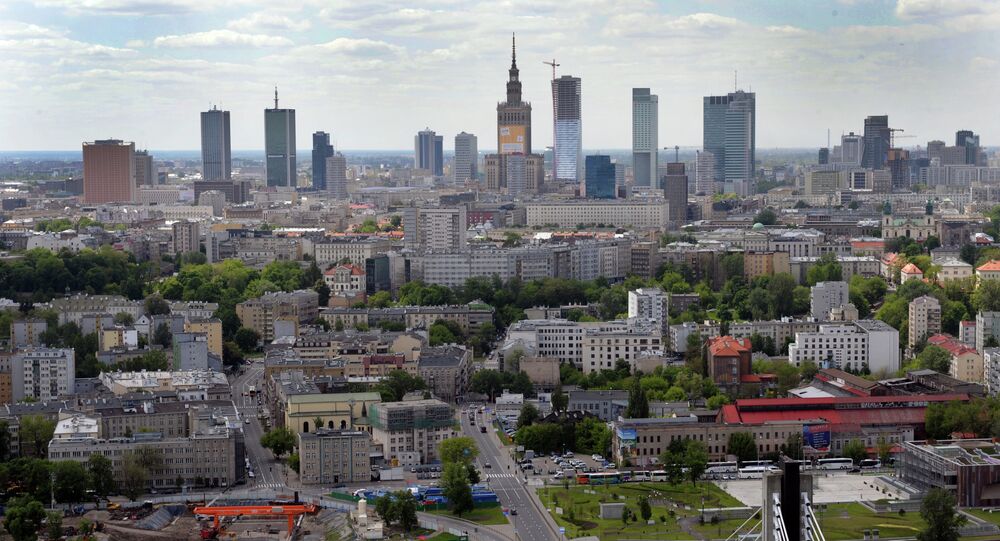 The European Commission has no right to punish the member states of the European Union for refusal to accept refugees under the EU mandatory relocation scheme, Polish Interior Minister Mariusz Blaszczak said after the meeting of the Visegrad group in Warsaw on Monday.

WARSAW (Sputnik) — Last month, EU Commissioner for Migration, Home Affairs and Citizenship Dimitris Avramopoulos said that the European Commission could launch infringement procedures against Hungary and Poland, the members of the Visegrad group alongside the Czech Republic and Slovakia, if the states did not start relocating refugees from other EU countries. Polish Prime Minister Beata Szydlo responded by saying that Warsaw was unable to accept refugees and would not agree with its refugee quota.

© REUTERS / Marko Djurica
EU Signals Sanctions Against Visegrad Group Over Migrant Quota Refusals
According to Blaszczak, the relocation scheme is not working as the member states were obligated to host 160,000 refugees, but only 20,000 of them have been relocated since May 2016.

The Polish interior minister urged the European Union to review the policy on migrants, calling for providing help to the vulnerable people outside of the bloc instead of their relocation to the bloc's countries.

"We presented our joint [the Visegrad Group’s] statement. We think that the issue of relocation should be discussed and the decision on it should be made by the European Council [highest level] and not by the Council of the European Union [ministerial level]," Blaszczak said.

© REUTERS / David W Cerny
Visegrad Four Call for Reduced EU Commission Powers to Avoid 'Disintegration'
The mandatory EU scheme was established in 2015 and is aimed at relocating some refugees currently held in Greece and Italy throughout the bloc with a specific quota for each member state. Poland was expected to accept some 7,000 refugees under the scheme.

On May 16, the European Commission issued a progress report on relocation and resettlement, stressing that some countries, in particular, Hungary, Poland and Austria were the only EU members that had not relocated a single person, while the Czech Republic remained inactive for a year.

Poland Launches Inquiry Into Calls to Send Refugees to Auschwitz