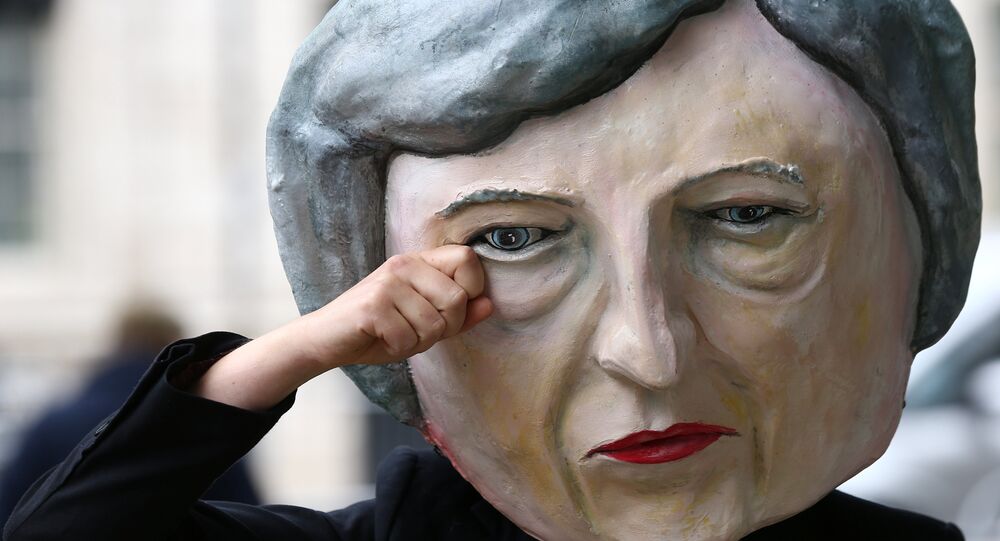 Hundreds of Britons came to the residence of the prime minister on London's Downing Street on Saturday, demanding that Teresa May resign after the disastrous for the Conservative party parliamentary elections, Sputnik correspondent reported.

LONDON (Sputnik) — Meanwhile, almost 600,000 people have signed an online petition on the change.org platform urging against a coalition between the Conservatives and the Northern Ireland Democratic Unionist Party (DUP).

"Theresa May should RESIGN. This is a disgusting, desperate attempt to stay in power," the petition read.

© REUTERS / Stefan Wermuth
UK General Election: The People Defy the Gatekeepers
On Thursday, the United Kingdom held a snap general election, which resulted in a hung parliament as the Conservatives failed to secure an overall majority in the House of Commons and fell short of the required 326 seats while the DUP got 10 seats in the election.

On Saturday, Downing Street said that the DUP agreed to support the Tories on "confidence and supply basis."