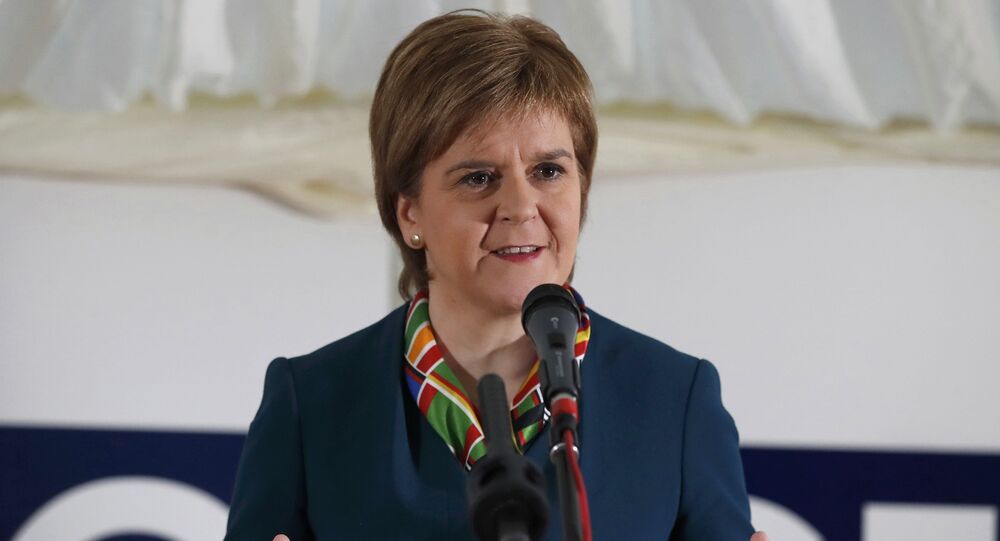 The Scottish National Party lost some of its votes in Thursday's snap general election due to the fact that plans to hold a new independence referendum had been announced, Scottish First Minister Nicola Sturgeon said Friday.

© Photo : Pixabay
New Referendum on Scotland's Independence to 'Be Very Risky for UK Government'
LONDON (Sputnik) — The SNP suffered on Thursday what its leader described as a disaster. The party has so far lost 20 seats, standing at a total of 35.

"We also suffered some bitterly disappointing losses last night. I want to pay tribute to all of the SNP candidates, who campaigned so hard, but who will not be returning to Westminster… Undoubtedly, the issue of the independence referendum was a factor in this election result, but I think there were other factors in this election result as well," Sturgeon said in a statement.

Currently, with 649 of the total 650 parliamentary mandates declared, UK Prime Minister Theresa May's Conservative Party is leading with 318 seats, while the Labour Party stands at 261, with the Liberal Democrats at 12.

In March, the Scottish parliament backed Sturgeon's proposal to ask for their second referendum on independence. Theresa May, the UK Prime Minister and the leader of the Conservatives, said that the timing for the referendum was not right and the United Kingdom had to focus on Brexit negotiations, which it has to conclude by spring 2019.

The previous referendum on independence was held in Scotland in 2014 and resulted in 55 percent of voters choosing to stay part of the United Kingdom.

Scotland, where a majority of people voted against Brexit at the June 2016 referendum, set out in December 2016 its own proposals for the European Union, titled "Scotland's Place in Europe," at the heart of which lies a strategy for the nation's continued inclusion in the European single market.