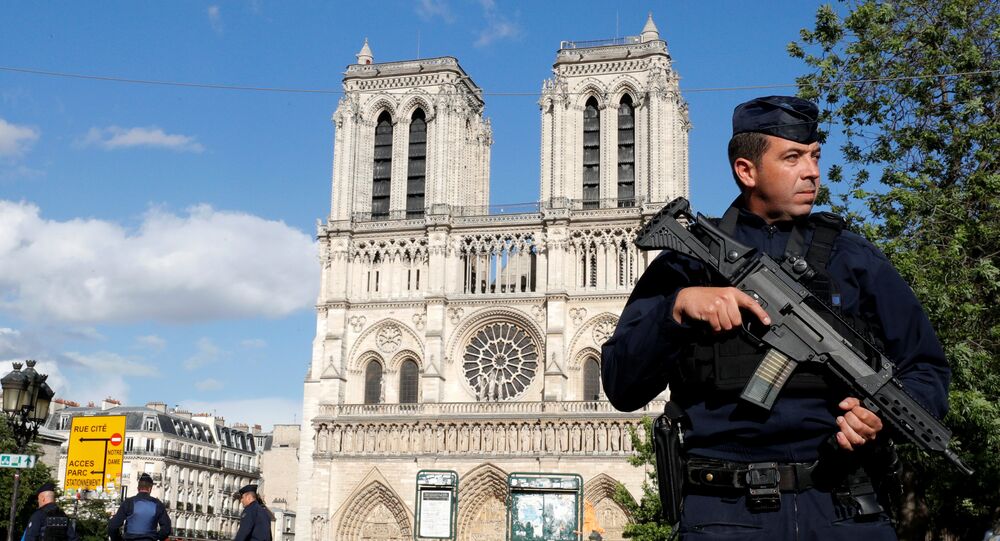 The forty-year-old "caliphate warrior" of Algerian descent who was critically injured in Paris after assailing French police with a hammer turned out to be a Swedish award-winning journalist. This is not the first time Sweden turns up in French terrorist attacks.

© AFP 2021 / Noella JOHANSSON / TT News Agency
Terrorist 'Mecca' Sweden Struggling to Prevent Attacks, Track Rejected Refugees
While Farid Ikken will most likely go down in French history as yet another terrorist, in Sweden he was known as a law-abiding student of journalism and a reporter, who also happened to be decorated with a prestigious EU award.

Hailing from Algeria, Ikken came to France in 2014 after having lived for several years in Sweden. It is there that he took his master's degree and even freelanced for several Swedish media in 2009 and 2010 as a journalist, Swedish news outlet Fria Tider reported.

In Sweden, he called himself Massip Farid Ikken and claimed to be a Berber from Algeria. During his time in Sweden, Ikken had several stints with both established media, such as Swedish Radio or Uppsala Nya Tidning and up-and-coming "norm-critical" media, such as Fria Tidningen, Ikken's supervisor at Université Panthéon-Assas, professor Arnaud Mercier, said in an interview with French TV channel LCI.

In 2009, he was awarded the EU Commission's journalist prize against discrimination for his article about illegal immigrants in Folket i Bild. According to the Swedish trade newspaper Journalisten, Ikken's article was about asylum seekers who were denied medical care, as well as health care staff providing care to the unentitled.

© REUTERS / Anders Wiklund/TT News Agency
Laid Back Sweden Has No Qualms With Qatar Building Mega-Mosques
On Tuesday, Ikken attacked French police officers with a hammer near the Notre Dame cathedral in Paris, slightly injuring one of the officers. Prior to the attack, Ikken swore allegiance to Daesh in a video. Before the attack, in which he was critically injured, Farid Ikken reportedly shouted "This is for Syria!" About 900 tourists were quarantined in the iconic 12th century cathedral for more than two hours over security concerns. None of them was injured.

Ikken reportedly lived in the department of Val-d'Oise and was previously unknown to the French intelligence services.

This is not the first time a Swedish trace has emerged in connection with European terrorism. The list of Swedish-bred terrorists includes Osama Krayem, a Malmö native, who is currently under arrest in the Belgian capital for suspected involvement in the fatal terror attacks in Paris and Brussels, in which 162 people died. Additionally, Algerian-born Mohamed Aziz Belkaid, who reportedly co-masterminded the terrorist attacks in Paris and Brussels, lived in the Stockholm suburb of Märsta. Later, he traveled to Syria and volunteered for Daesh suicide missions.