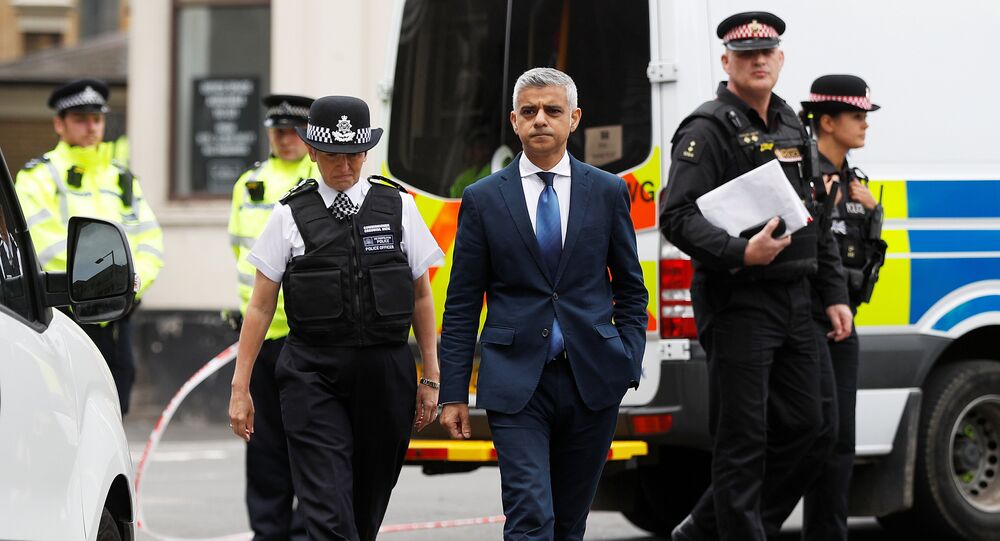 London Mayor Sadiq Khan stated that the city could lose up to 12,800 police officers due to the cuts.

The Conservative Party has been implementing a program to reduce government expenditures. These plans have already resulted in a decrease of police officers by about 20,000 servicemen in the country since 2010, according to government figures.

"Cuts on this scale would make it harder to foil future terrorist attacks on our city — and as the mayor of London I'm simply not willing to stand by and let that happen," Khan said as quoted by the London Evening Standard newspaper, speaking about potential budget cuts estimated at some 400 million pounds ($516 million at current exchange rates).

© AP Photo / Matt Dunham
UK Chancellor Accused of Putting People at Risk Over Police Cuts
The mayor added that the city could lose up to 12,800 police officers due to the cuts.

Comments of the London mayor have been echoed by the UK National Union of Rail, Maritime and Transport Workers (RMT), opposing the plans of the ruling party to abolish British Transport Police, as well as calling for the country's authorities to protect security in the state by halting cuts that target rail security staff.

The statements of both Khan and the RMT Union were made soon after the series of deadly attacks in the country's capital on Saturday that claimed the lives of at least seven people.