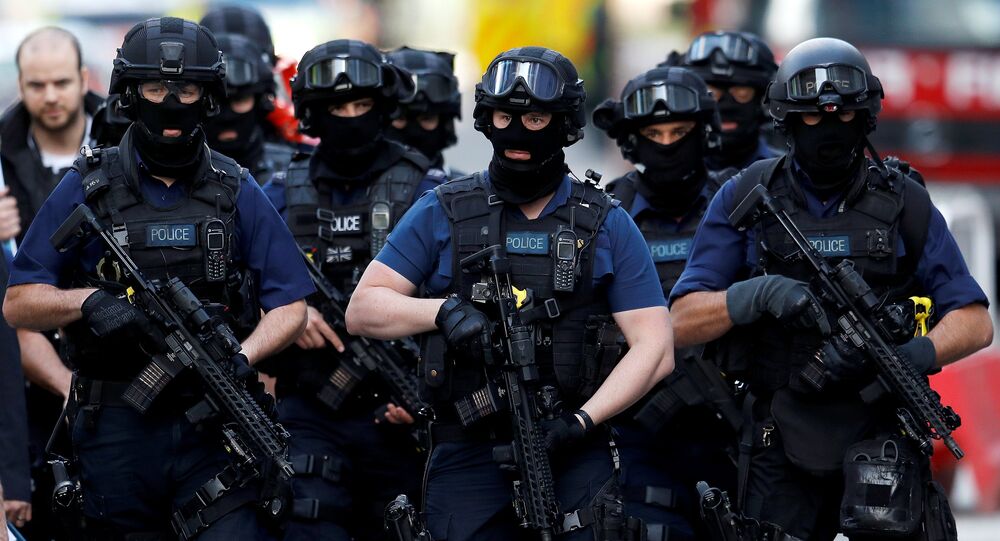 Almost three quarters (72 percent) of the Britons believe police should carry guns on a daily basis, while only one fifth of the UK citizens disapprove of arming the police amid the "severe" terror threat level after a series of deadly attacks in the country, the poll conducted by Sky News broadcaster showed.

© Sputnik / Alex Maknoton
UK Police Release All Detained Over London Terror Act Without Charges
MOSCOW (Sputnik) — According to the results of the study published late on Monday, 5 percent of those polled chose the "neither" option on the issue of arming the security officers while 3 percent of the British said they did not know whether the police should be armed.

The Londoners were slightly less likely in favor of arming the police officers than the respondents in the other UK regions, with 68 percent of those polled in the city approving and 25 percent disapproving the move.

The survey was conducted among 1,581 UK nationals by SMS on Monday.

On Monday, UK Prime Minister Theresa May is the UK police were "well resourced." May, however, has been under pressure in the recent months over her policies of cutting police budgets. According to media reports, the number of armed police officers in 2017 is lower than in 2010, when May became the home secretary.

© REUTERS / Neil Hall
'Not at All': White House Denies Trump Slammed London Mayor Over Religious Issue
The United Kingdom has been hit with a series of terrorist attacks since the beginning of the year. The most recent incident took place on Saturday evening, when a three men driving a vehicle struck pedestrians on London Bridge before continuing in the direction of Borough Market. The men then left the vehicle and attacked several people with knives. At least seven people have died as a result of the incident. The attackers were shot by police on the scene.