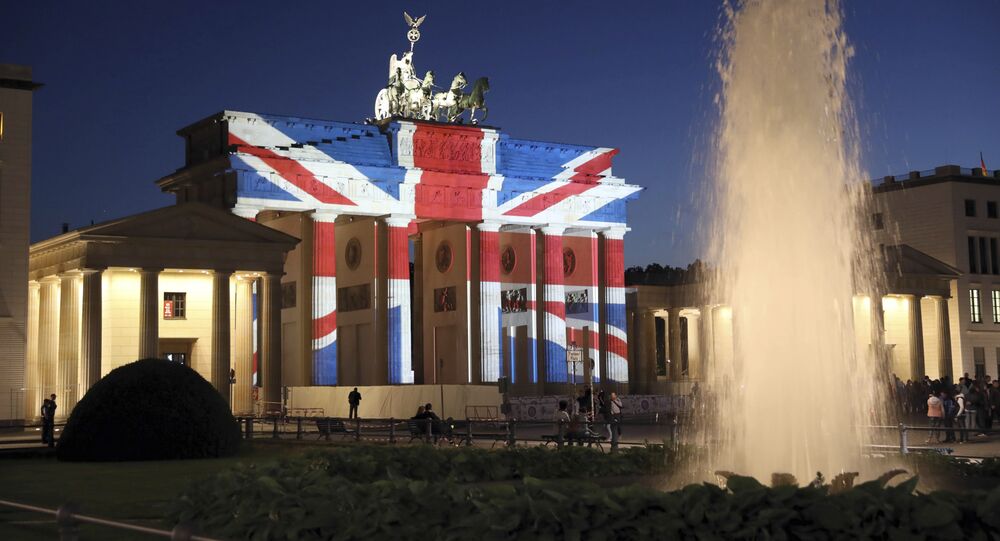 The Brandenburg Gate has been illuminated in the colors of the UK flag following Saturday's double terror attack.

© REUTERS / Hannah McKay
One French National Among Dead in London Terror Attack
BERLIN (Sputnik) — Berlin's most famous landmark, the Brandenburg Gate, has been illuminated in the colors of the UK flag following Saturday's double terror attack, a Sputnik correspondent reported.

The Gate has been lit up on Sunday to show solidarity with the government and people of the United Kingdom and pay tribute to the attack victims.