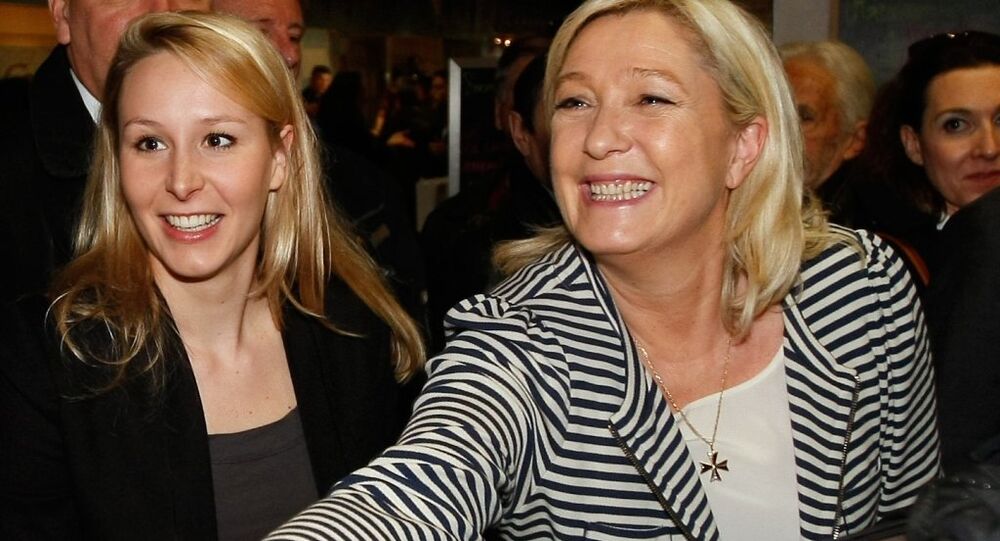 French right-wing politician and former presidential candidate Marine Le Pen said Wednesday that she regretted the decision of her niece, Marion Marechal-Le Pen, to withdraw from politics, but understood it on a personal level.

© AP Photo / Claude Paris
Marine Le Pen's Niece Quits Politics Due to Personal Reasons
MOSCOW (Sputnik) — On Tuesday, French media reported that Marion Marechal-Le Pen would not be participating in the upcoming legislative election and would quit politics, apparently, to spend more time with her daughter.

"As a political leader, I deeply regret the decision of Marion, but unfortunately, as a mother, I understand her," Le Pen wrote on her Twitter.

​In a letter addressed to the Vaucluse Matin – Le Dauphine Libere newspaper, with excerpts first published on Tuesday, Marechal-Le Pen said that she had missed the first years of her daughter's life and would like to be able to spend more time with her.

The politician's announcement comes on the heel of the presidential election, in which Marine Le Pen, the candidate of the National Front (FN) party, lost to independent Emmanuel Macron despite scoring a record number of votes for the FN. Legislative election in France will be held on June 11 and June 18.