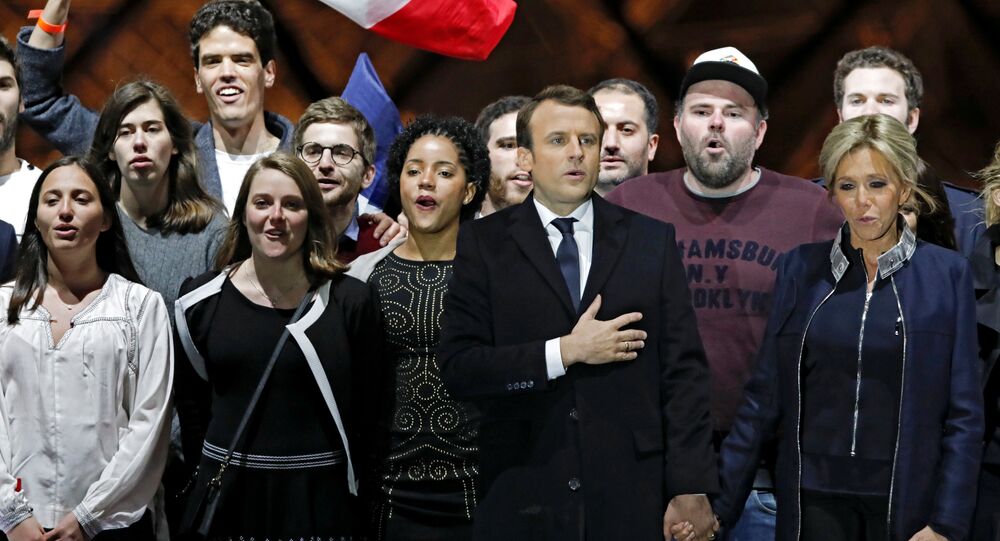 Emmanuel Macron’s election victory showcases that the French Deep State establishment backs the European Commission in Brussels and continues to support the euro currency of a majority of EU member states.

WASHINGTON (Sputnik) — Emmanuel Macron’s election victory proved the continuing strength of the Deep State establishment in France and gives another short lease of life to the centralized European Union and its weak common currency, the euro, analysts told Sputnik.

"The French Deep State is much deeper than America's," Ohio Northern University Assistant Professor of History Robert waters said on Tuesday. "The French press ban against using the leaked Macron emails would never have flown in the United States."

Waters said that Macron’s victory confirmed the continued support of the powerful French state to prop up the European Commission in Brussels and continue to support the euro currency of a majority of EU member states.

However, Macron did not owe his victory to popular support for the European Union, but rather to widespread fears that his opponent on Sunday, former National Front leader Marine Le Pen was an extremist and Holocaust denier, Waters explained.

"I wouldn't read too much into the result as a European referendum on Europe because Le Pen's claim that France had played no part in the Holocaust made potential Leftist voters conclude that she was no different from her father [Jean-Marie Le Pen]," he said.

Political commentator and Professor of Neuroscience and John Walsh agreed that Macron’s victory would provide a renewed lease of life for the French big state and liberal-internationalist establishment and he warned that ordinary French workers and the middle class would suffer greatly as a result.

"It is as though [outgoing President Francois] Hollande got five more years in office. The same forces will continue to be at play and the position of the ‘indigenous’ French working classes will continue to deteriorate," he said.

However, Walsh said these conditions would offer Marine Le Pen a window of opportunity to stage a political come back and win the presidency in the next scheduled election five years from now.

"That means… that in 2022 Le Pen can win, but only if she does something crucial. She must break with the old FN [National Front] completely and the reputation it has," he said.

"Melenchon came out of nowhere to do very well. If his party can become a party that offers a way forward for the working classes, the future is his. France is a country that leans left… I would say that the future belongs even more to Melenchon than to Le Pen," he added.

Melenchon is scarcely mentioned in the US media, but he can offer a future that is compatible with a leftist outlook, Walsh concluded.