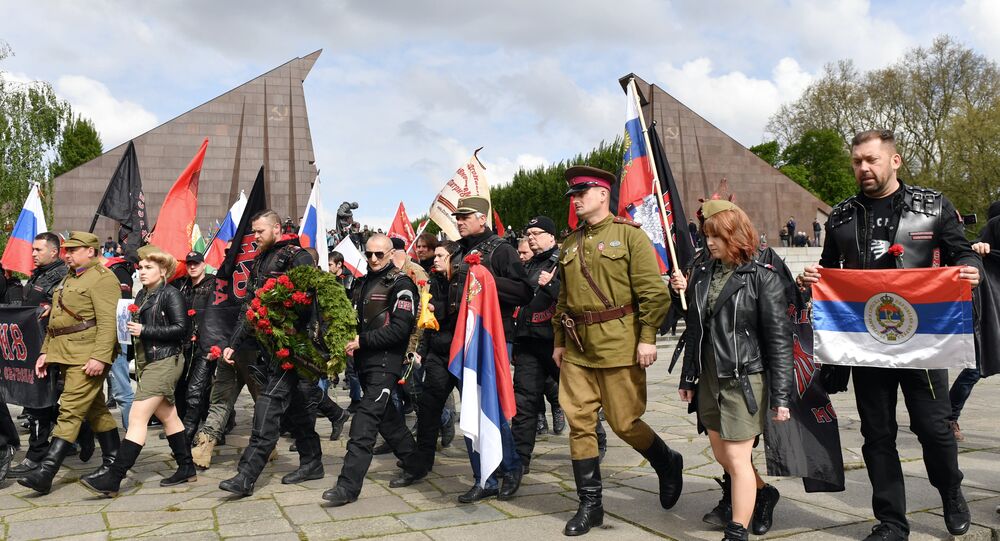 © Sputnik / Ilya Pitalev
Victory Day Parade in Sevastopol Gathers Thousands of Participants, Spectators
BERLIN (Sputnik) – The ambassadors of Russia, Belarus, Italy, Kazakhstan, Kyrgyzstan, Azerbaijan, Uzbekistan, Moldova, Turkmenistan, as well as representatives of the German government and political parties laid flowers at the Soviet War Memorial in Treptower Park, after the celebration of the Victory Day started with a traditional minute of silence.

The ambassadors then proceeded to Tiergarten to lay flowers at another WWII memorial.

Some people, who came to Treptower Park, were carrying portraits, prepared for the "Immortal Regiment" campaign.

Members of the Russian Night Wolves motorcycle club and European bikers, engaged in the "Roads of Victory 2017" tour, also commemorated the WWII victims by laying flowers at the memorials. German police told Sputnik that 2,000 bikers were taking part in the commemoration events in Berlin.