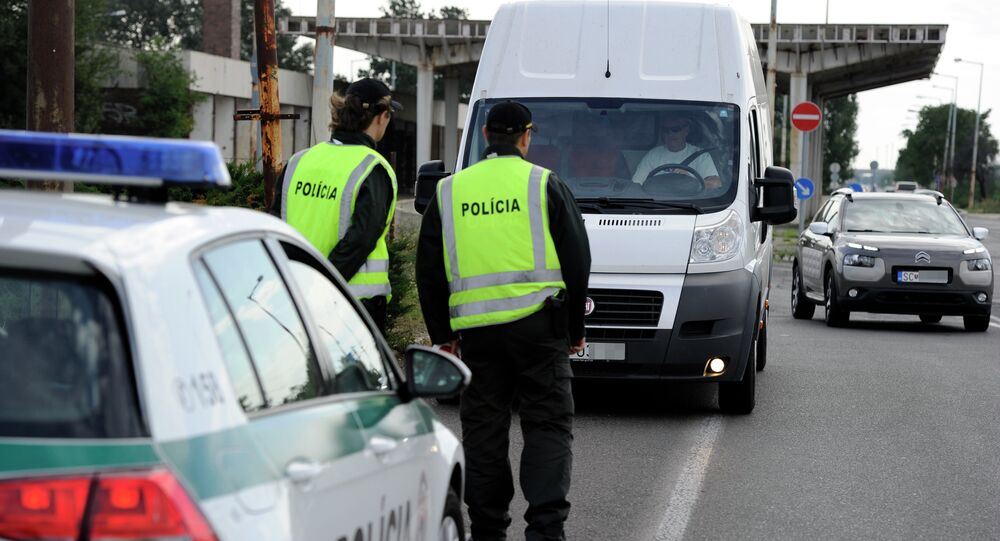 Czech Interior Minister Milan Chovanec and his Slovak counterpart Robert Kalinak called for easing of the Croatian border control with Hungary, Slovenia and Austria due to inconveniences for tourists, which have to wait for hours at some border posts for security checks, local media reported.

© AFP 2021 / JOHN THYS
Croatian NGOs Calling for Public Debate on CETA Deal
PRAGUE (Sputnik) – According to Ceske noviny media outlet, the initiative was announced by the two officials on Wednesday during their meeting in Prague, while Chovanec and Kalinak would inform other EU interior ministers in the near future on the issue.

"It is necessary to ensure smooth movement at the Croatian border with Hungary, Slovenia and Austria. It is crazy that people even now, before the tourist season, are waiting at the border for three-four hours. As a result, it may happen that our fellow citizens will spend two days out of the seven days of their holiday at border," Kalinak was quoted as saying by the media outlet.

On April 7, the European Union tightened security measures at external ground, air and water border posts, according to which all arriving travelers will be checked against a database of stolen and lost documents, a process which will increase the overall time of border control. The new border control regulations are being introduced in accordance with the amendments to the Schengen Code approved by the European Council in February 2017.

Before the new rules were introduced on April 7, only citizens of non-EU member states were subject to systematic checks when crossing EU borders. Citizens of the bloc and members of their families who are not EU citizens were free from external border checks.

Slovenia and Croatia are both members of the European Union, however Croatia is not part of the Schengen zone.