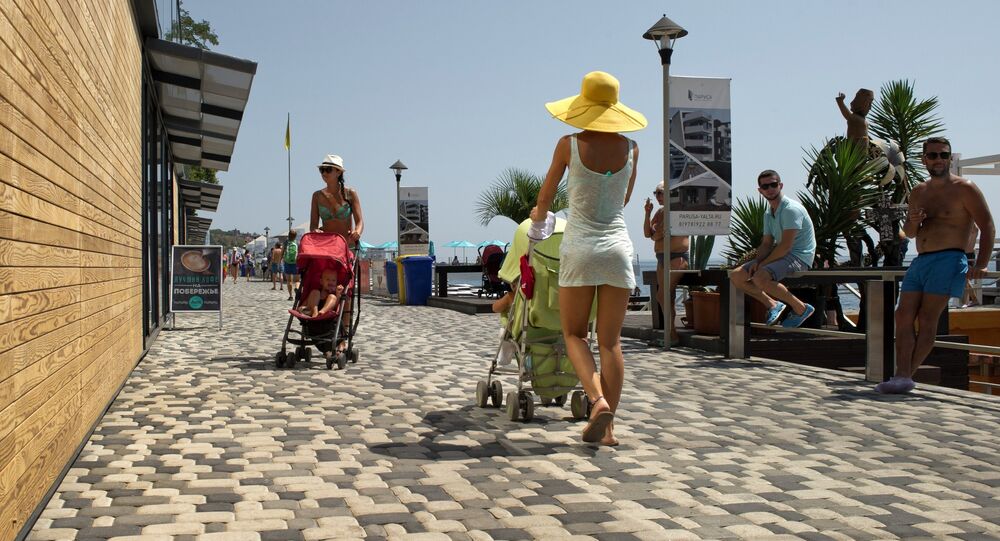 The Crimean authorities expect a toursts' increase from Ukraine during the summer season of 2017, the Crimean minister of resorts and tourism told Sputnik.

© Sputnik / Vasiliy Batanov
UK Scholars Arrive in Crimea to Encourage Cooperation in Archaeological Tourism
SIMFEROPOL (Sputnik) — The Crimean authorities expect an increase in the flow of tourists from Ukraine to the region during the summer season of 2017, which kicked off in the peninsula on Friday, Sergey Strelbitsky, the Crimean minister of resorts and tourism, told Sputnik.

“The tourists from Ukraine will flock to the Crimean resorts. We are expecting an increase in tourist flow. Many [Ukrainian] people have ties with Crimea in terms of family and business,” the minister said.

Only extraordinary circumstances can undermine the tourist flow, such as the border closure by the Ukrainian authorities, the official added, pointing out that he hoped it would not happen.

The Crimean authorities are taking steps to boost the tourist industry on the peninsula, having increased the number of operating beaches to 500 in comparison with 368 beaches in 2016, Strelbitsky said.

Crimea is expecting approximately six million tourists in 2017, the head of the Russian region, Sergey Aksenov, said in March.

According to the Crimean Resorts and Tourism Ministry, over 5.6 million tourists visited the peninsula in 2016, showing a 21-percent increase in comparison to the previous year.