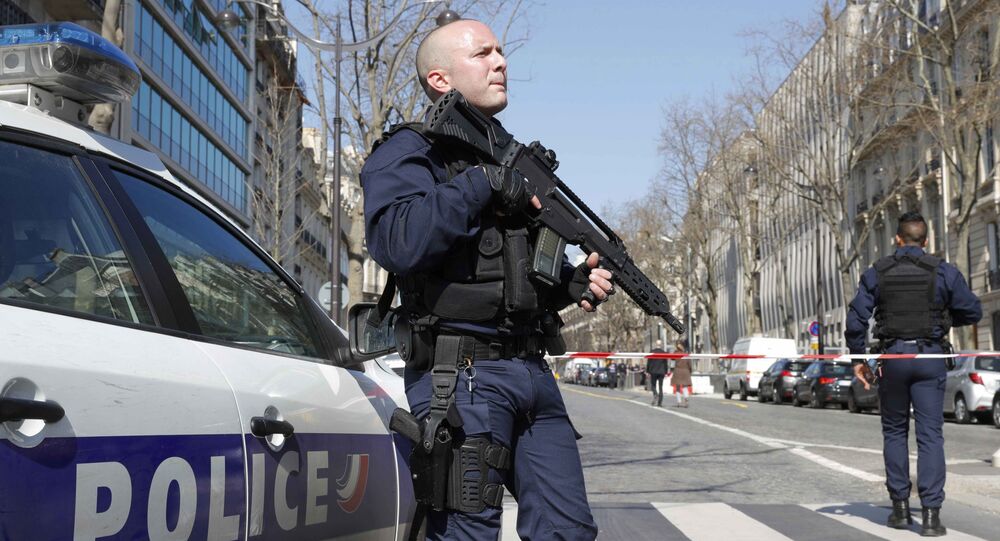 Two police officers of National Police Intervention Groups in French Reunion were wounded while arresting a dangerous individual, according to local authorities.

"This morning, two police officers of GIPN [National Police Intervention Groups] in Reunion were wounded while arresting a dangerous individual. After responding to shots, the police officers managed to restrain the assailant," the authorities were quoted as saying by L'Info media outlet.

One police officer was shot in the arm and another in the hand. Both were immediately transferred to hospital. According to the news outlet, the attacker was a radicalized extremism suspect. He was also injured and hospitalized.

© AFP 2021 / Christophe ARCHAMBAULT
French Police Pursue Belgian Leads of Possible Paris Shooting Suspect
During search in the house of the attacker the police found explosive materials, the media outlet said. An investigation into the incident in the French overseas department is underway.

The attack followed last week's incident, when a gunman opened fire on French police officers on the Champs-Elysees in Paris, killing one law enforcer and injuring two others, as well as a German tourist, who was passing by. The Islamic State (IS) terror group, banned in Russia, reportedly claimed responsibility for the attack.