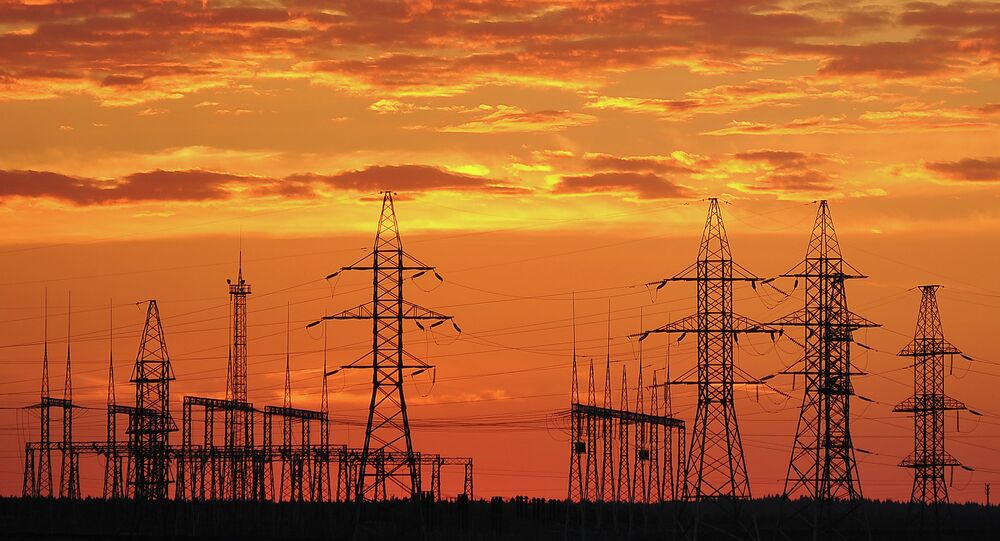 MOSCOW (Sputnik) — On Monday, the Kiev-controlled energy authority in Lughansk said that Ukraine's Energy Ministry and state company Energorynok had decided to halt the electricity supplies to the LPR from midnight on April 25 (21:00 GMT on April 24), citing the self-proclaimed republic's debt for the received electricity.

"Such actions of the Ukrainian authorities can lead to the humanitarian catastrophe, that is why it was decided to provide the electricity supply from the territory of Russia as part of rendering the humanitarian assistance to the LPR's population," the source said.

© Sputnik / Taras Litvinenko
Russia Vows to Do Everything to Cushion Kiev's Blackout for Lugansk Republic
The current level of the electricity supply in LPR is being maintained, the source added.

On Monday, the LPR Emergencies Ministry's head Sergei Ivanushkin said that at 11:41 p.m. local time (20:41 GMT) on April 24, Kiev's authorities halted the electricity supplies to Lugansk's energy plant as well as the one receiving electricity via the transit electric lines on the LPR territory. All the enterprises and population of republic have been supplied with electricity despite the move, Ivanushkin stressed, adding that LPR's authorities have been preparing for such a emergency situation since 2014 and have agreed on receiving electricity on the contract basis with other sources.

The humanitarian situation in the LPR and well as the self-proclaimed People's Republic of Donetsk (DPR) is deteriorating amid the military conflict between local independence supporters and the Kiev authorities.

© Sputnik / Igor Maslov
Putin Recognizes Passports of Donetsk, Lugansk Republics 'for Humanitarian Reasons'
The Donbass conflict erupted in April 2014 as a local counter-reaction to the West-sponsored Maidan coup in Kiev that had toppled President Viktor Yanukovych in February. Residents of the Donetsk and Lugansk regions held independence referendums and proclaimed the People's Republics of Donetsk and Lugansk. Kiev has since been conducting a military operation, encountering stiff local resistance.