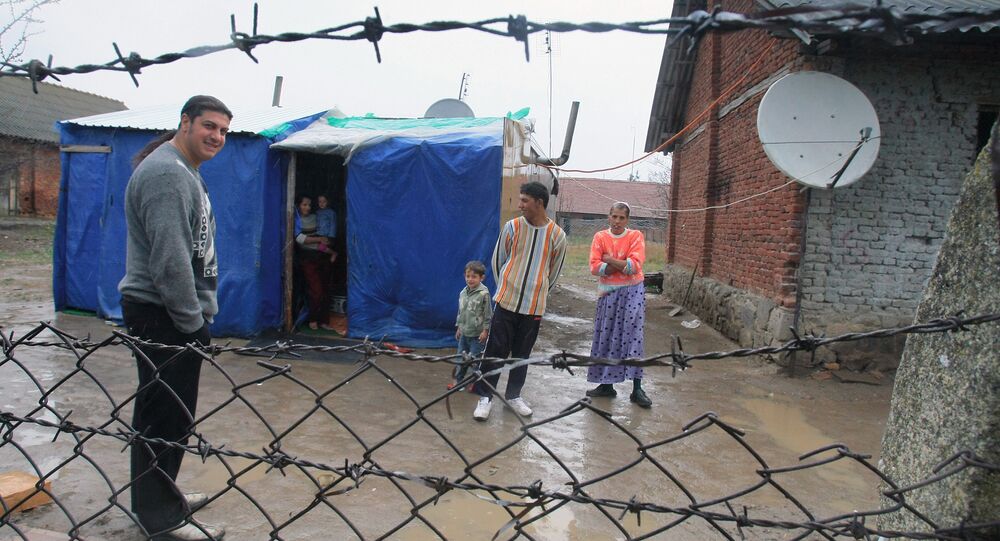 'Kosovo' Project Failed Despite Massive Financial Help From the West

The amount of money the US and the EU have invested in Kosovo is 20 times more than what developing countries normally get. Still, the “Kosovo” project is simply not happening, Andrea Lorenzo Capossela, the former head of the International Civilian Office’s economic department in Kosovo, told Sputnik.

© AP Photo / Darko Vojinovic
Kosovo's Cover-Up of Ethnic Cleansing of Serbian Christian Minority Continues
In his book, titled “State Building in Kosovo – Democracy, Corruption and the EU in the Balkans,” Capossela writes about the failure of attempts to create a multiethnic Kosovo state the Western countries staked on so much.

In an interview with Sputnik Serbia, Andrea Lorenzo Capossela said that after its 1999 intervention and the 2008 recognition of Kosovo’s independence, the West tried to justify this by making everyone believe that everything in Kosovo was going just fine.

“Realizing that it was not so, they pretended that they just didn’t see. That’s why they didn’t interfere to change the situation,” Andrea Capossela said.

When asked about the reason for such active US and EU support for Kosovo’s independence, he said that in 1998-1999 the US was at the peak of its might as the center of a unipolar world and it used the crisis in Kosovo to show everyone that, as a domineering force, it could justify its violation of international law by the need to “promote justice, human rights” and things like that.

“The NATO intervention flew in the face of the principles the UN stands for. They used the situation in Kosovo just to create a precedent and their intervention there after the war was over, helped them reinforce this precedent,” he said.

Doing this proved harder than expected;, however, as many of the ”freedom fighters” in Kosovo, who were portrayed by the West as innocent victims, eventually ended up in jail on charges of corruption.

“When you say that independent Kosovo is the only way to have an effectively working government and then you arrest the country’s finance minister [Zahir Bajrami]  on charges of taking kickbacks, this looks strange, doesn’t it?” Capossela noted.

He added that even though there was certain initial progress made in Kosovo, it was still too little given the huge amount of money the Western countries had invested there.

“In my book I have an infographic where Kosovo development is represented by a horizontal line, while other countries show at least some growth. How come Montenegro is progressing without any EU mission, while Kosovo is stagnating,” he wondered.

Commenting on the agreement reached in Brussels on normalizing relations between Belgrade and Pristina, Capossela said that independence was not a solution for Kosovo.

© AFP 2021 / ARMEND NIMANI
Kosovo Serbs 'Terrified' by Proposed Creation of 'Greater Albania'
“There are problems begging for solution. They will try to do this in Brussels, but time will show how successful this effort is going to be,” he noted.

When asked whether the French authorities will agree to extradite Kosovo’s former Prime Minister and leader of the Kosovo Liberation Army, Ramush Haradinaj, to Serbia to face trial on war crimes charges, Andrea Capossela said that people close to Haradinaj and his brother have threatened that if he is not set free they will retaliate, including with a series of ethnic cleansings of local Serbs.

“I’m afraid that some members of the Kosovo elite are resorting to blackmail, just like they did in 2004, forcing the international community to intervene and kick-starting the process of Kosovo’s independence,” he warned.

In March 2014, Kosovo Albanians, numbering over 50,000, took part in wide-ranging attacks on members of the local Serb community in the largest violent incident in the province since the Kosovo War of 1998–1999.

The organized elements behind the violence acted with a common purpose to get rid of the remaining ethnic Serb and other minority communities in Kosovo.

The blackmail worked as the Western governments came to perceive Kosovar independence as the only way to end the violence.