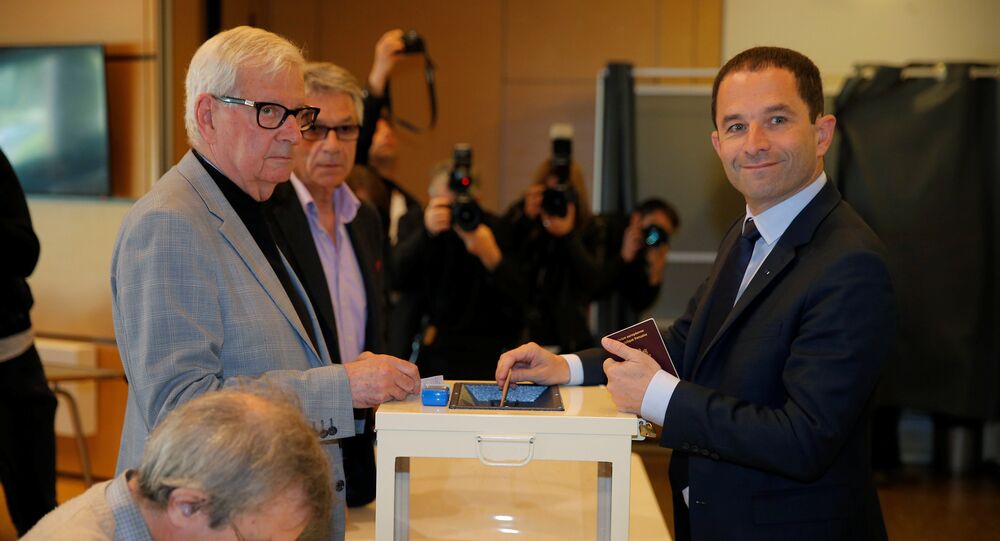 © REUTERS / Philippe Laurenson
Polling Stations Open in France for Sunday's Presidential Election
PARIS (Sputnik) — Hamon is the candidate from the ruling Socialist Party, who according to the recent polls, has only 7 percent of popular support.

On Sunday, over 66,000 polling stations opened in France. About 47 million voters are expected to cast ballots, choosing among 11 presidential candidates. The second round of the French presidential elections will be held on May 7.

In order to cast a ballot in France a citizen must be over 18 years old, not legally banned from voting and registered on the electoral list.

The same rules are applied to presidential candidates. They must also show a sense of 'moral dignity', which is a loose term without a clear legal definition. A presidential hopeful must also collect 500 signatures of support from elected representatives.

Anyone who is able to fulfill this criteria becomes eligible to run for the first round. If nobody wins the first round with the absolute majority, the two highest scoring candidates face each other in a runoff.