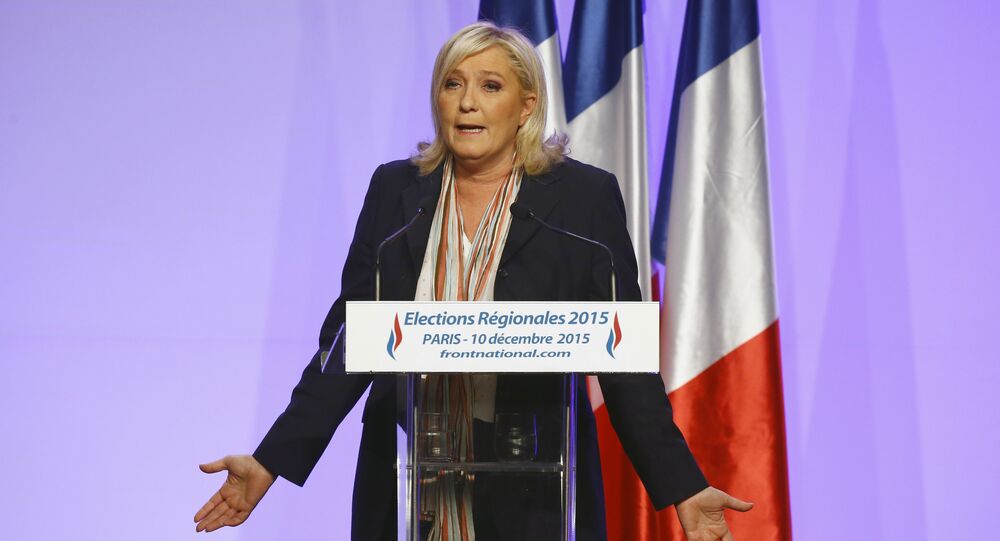 French far-right presidential candidate Marine Le Pen is expected to lose the second round of the presidential election in France to all her key rivals, a fresh poll by Cevipof research center revealed Wednesday.

At the same time, the poll revealed, that the balance of power at the first round had not changed, with Macron leading with 23 percent against Le Pen's 22.5 percent, Fillon's 19.5 percent and Melenchon's 19 percent.

According to the poll, 28 percent of voters are expected to abstain from the election.