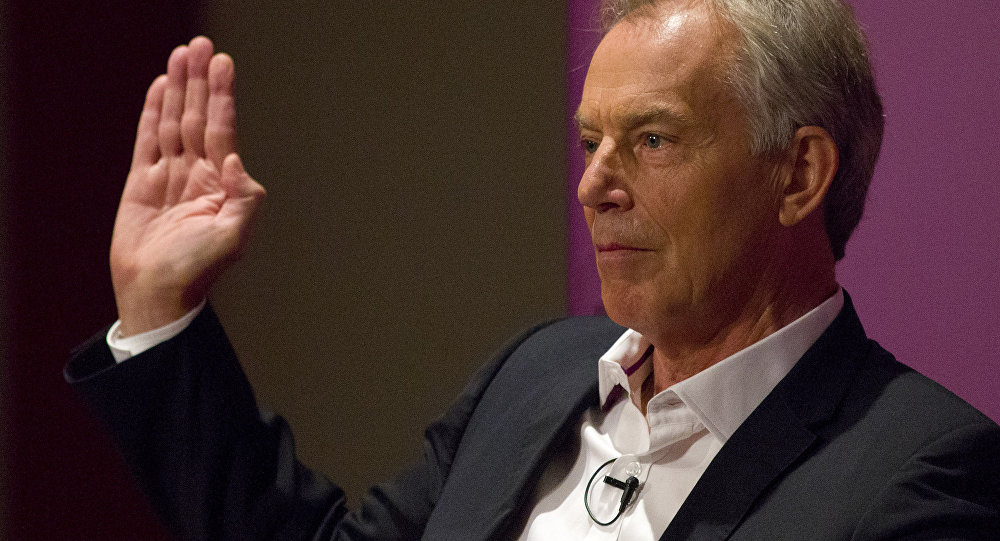 The former UK Prime Minister Tony Blair is in the spotlight once again - this time it comes in the form of UK Attorney General, who has stated in a report that he will try and stop the former PM from facing prosecution over his role in the Iraq war.

A report, proposed by Jeremy Wright QC states that Blair should have immunity over his role in the Iraq war.

In 2015, campaigners called for Tony Blair to face court over war crimes due to his involvement in Iraq. UK Labour leader Jeremy Corbyn said that Tony Blair should face a war crimes trial.

In 2016, the Chilcot Inquiry into Britain's role in the 2003 Iraq War concluded in London after seven years of delays. The inquiry which was led by Sir John Chilcot, asked the simple question of whether it was necessary to invade Iraq in 2003? 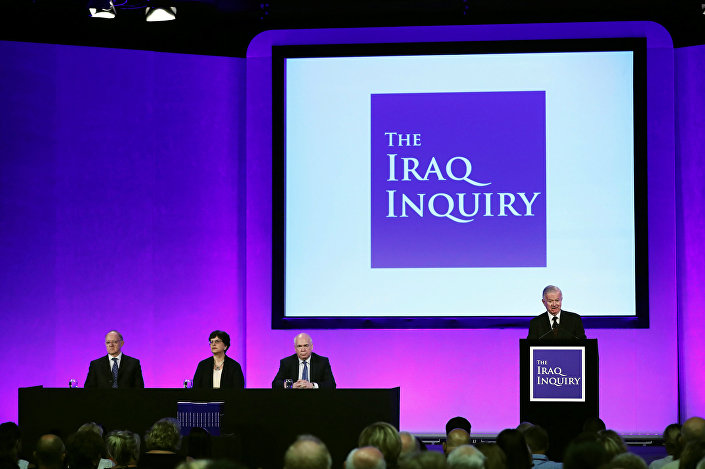 The report found that Britain had decided to invade Iraq before any peaceful options for disarmament had been exhausted. Military action at that time was not a last resort and plans for post-invasion were 'wholly inadequate.'

As a result Blair came under increasing pressure over his decision to join US President George W. Bush in the invasion of Iraq in 2003, which led to the toppling of Saddam Hussein, who had been president since 1979. 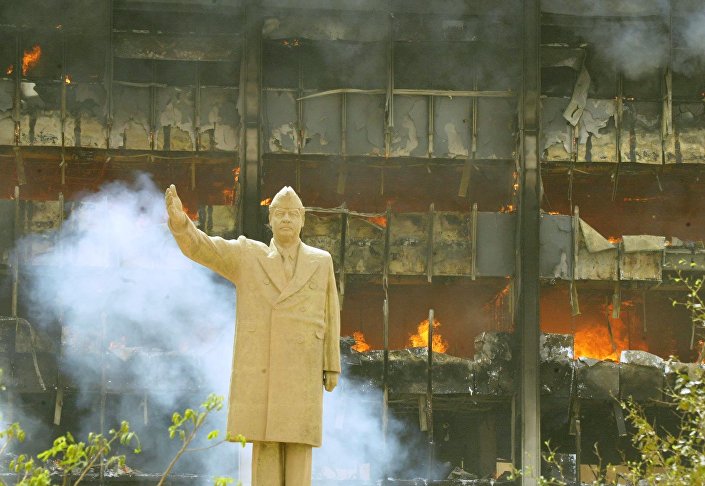 © AFP 2019 / Karim Sahib
A statue of Iraqi President Saddam Hussein in front of building of the Iraqi Olympic Committee 09 April 2003. The US tanks and troops poured into the heart of Baghdad as the Iraqi leader's regime collapsed after a blistering three-week onslaught.

Blair was heavily criticized for releasing a 'dodgy dossier,' justifying the invasion and also stating that Hussein had weapons of mass destruction, which he could deploy to UK targets within 45 minutes.

However it appears that campaigners, who wish to see Blair in the hot seat for war crimes, may have to wait a little longer. Attorney General Jeremy Wright QC is putting in plans to stop any type of prosecution.

© REUTERS / Peter Nicholls
A demonstrator wearing a mask to impersonate Tony Blair holds throws fake money during a protest before the release of the John Chilcot report into the Iraq war, at the Queen Elizabeth II center in London, Britain July 6, 2016.

In November 2016 a judge also ruled that Blair should not face prosecution, on the grounds that it could involve details being disclosed under the Official Secrets Act.

Legal documents, which have been seen by UK newspaper the Guardian, show Wright, who is the Conservative MP for Kenilworth and Southam, had formally tried to stop attempts to prosecute Blair.

This has not stopped people from trying to privately prosecute the former PM. The latest example of this is from a former chief of staff of the Iraqi army, who is now living in exile. 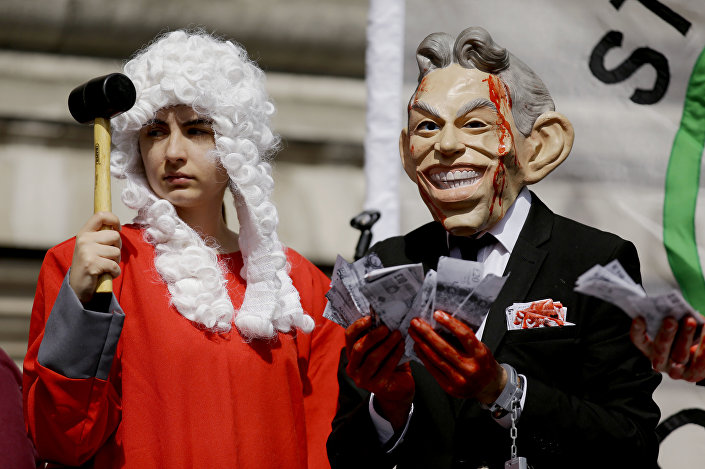 However the Attorney General claims that the attempt to prosecute Blair is 'hopeless,' as crimes of aggression do not exist in English law, as opposed to international law.

In spite of previous hearings preventing the trial of Blair, the lawyers behind the private prosecution are seeking a new hearing to challenge that refusal and gain access to legal aid funding.

2 How can Blair absolve himself of the deaths of thousands of Iraqis as a result of US-UK-led invasion & of chaos unleashed in the region?

The attempts to bring the former PM have been ongoing for some time; Imran Khan who is the chairman of the Pakistan political party, Tehreek-e-Insaf, also tried to prosecute Blair and failed. He said that he and others are confused as to why, despite the Chilcot report making it clear the war was illegal, and attempts to prevent those responsible from entering a court to be prosecuted have failed.