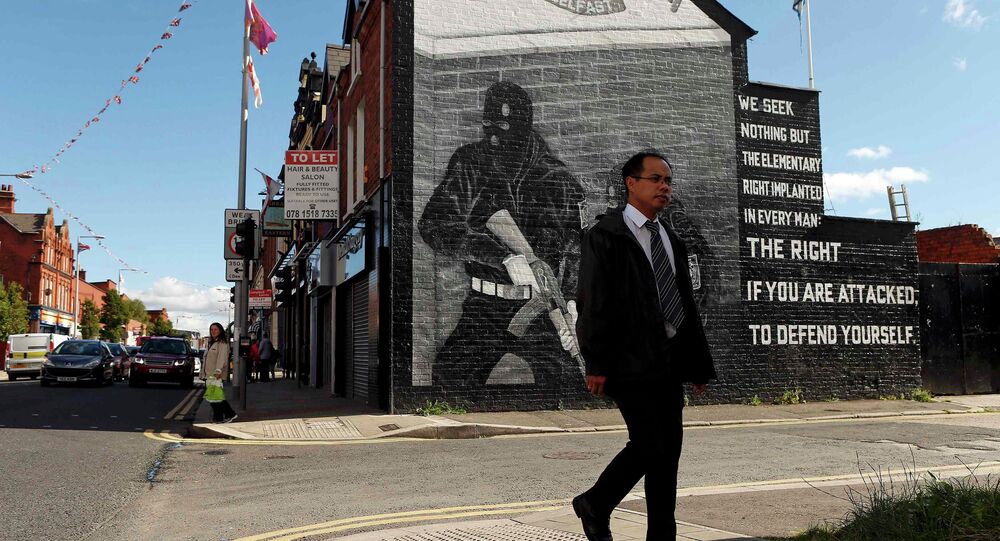 Talks to form a coalition government in Northern Ireland have once again broken down, six weeks since the elections which were brought about because of the resignation of deputy First Minister, the late Martin McGuinness, and on the eve of Good Friday, which is a significant date in Northern Ireland history.

Northern Ireland has been a political tinderbox for decades with animosity between those wanting a United Ireland and those wanting to remain part of the United Kingdom. Sinn Fein, the republican party and the Democratic Unionist Party (DUP) are the two largest in Northern Ireland, but there are significant minority parties all of which are struggling to form an executive, following the March 2 election.

​Under the Good Friday peace agreement marked a significant moment as part of the Northern Ireland peace process, which saw the province form its own government and the end of decades of murder, torture and violence, rooted in the argument over independence for Ireland.

Footage of our press conference at Stormont castle earlier: https://t.co/zZyrUUwj5w

​Under the agreement, the two major parties elected to the Northern Ireland Assembly enter into a power-sharing agreement, whereby the majority party nominated the First Minister to the Executive, which carries out the work of the devolved government, while the second largest nominates the deputy First Minister.

In the May 2016 elections, the DUP and Sinn Fein won the most seats and the DUP — which came first — nominated Arlene Foster as First Minister, with Sinn Fein nominating former IRA paramilitary commander Martin McGuinness as deputy First Minister.

However, McGuinness resigned, January 9, over a row between the two parties over the Renewable Heat Initiative (RHI), a green energy scheme overseen by Foster, which was supposed to incentivize people to switch to renewable, but which was ended when it was revealed that the scheme paid out more than the cost of the energy, leaving taxpayers with a bill of up to US$486 million.

Under the terms of the Northern Ireland Act 1998, if either the First Minister or the deputy stands down, the other automatically loses power. Without agreement to replace both London must call elections, which it did for March 2, 2017.

© AFP 2021 / Frederick Florin
Juncker: EU Against Hard Border Between Ireland, Northern Ireland After Brexit
In that election, the DUP lost its overall majority, winning 28 seats and Sinn Fein, 27. However, negotiations over power-sharing have broken down — ostensibly over the RHI scandal, but certainly due to a greater lack of trust between the parties and the thorny issue of Brexit.

Although Britain — as a whole — voted to leave the European Union, by 52 percent to 48 percent, Northern Ireland voted to remain, by 55.8 percent to 44.2 percent. This now puts the issue of the Northern Ireland border with Ireland on the mix. If Britain leaves the EU and there is no trade agreement, then the border could become "hard" — with border controls and passport checks.

That is not wanted by the UK, Ireland or the EU. However, the issue has brought the issue of Irish independence back on the political agenda and has led to a rise in tensions between the republicans and the unionists. The talks have now been put on hold in the hope that the post-Easter political atmosphere will be cooler.

Government must seek to amend the EU Brexit negotiation strategy to ensure the best possible outcome for Ireland – @PearseDoherty pic.twitter.com/BpNxLsuY97

​"There is, however, still a lack of agreement between the parties on a small but significant number of issues. The restoration of devolved government remains achievable, but more time and a more focused engagement on the critical issues are required. The parties will have a final opportunity after Easter to reach agreement, building on the discussions which have taken place over the past six weeks," said UK Northern Ireland Secretary James Brokenshire.

Six week after the last elections, talks were abandoned ahead of Good Friday. It remains to be seen if they can be resurrected after Easter Monday.