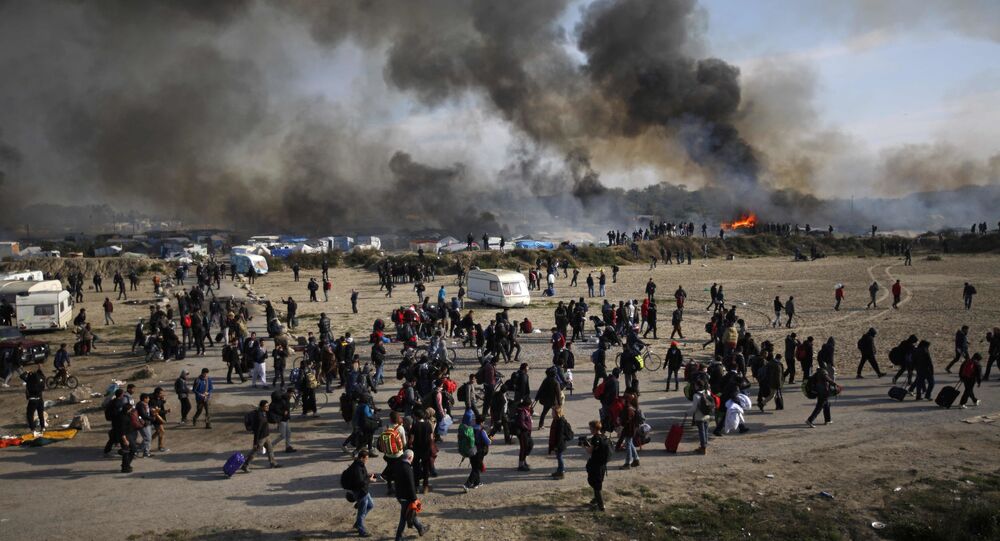 French presidential hopeful Francois Fillon called for a strict border control as the only way to tackle the immigration crisis in Europe.

MOSCOW (Sputnik) — The control of borders and return of migrants without the right for asylum to their homeland is the only solution to the migration crisis, French The Republicans presidential candidate Francois Fillon said Tuesday.

"The only solution is border control, the return of migrants without the right to asylum and reception of those who have the right for political asylum," Fillon told France 2 broadcaster.

© AFP 2021 / DPA / DANIEL BOCKWOLDT
Germany Considers Closing Border With Switzerland After Migrant Crossings Soar
He added that the dismantlement of the Calais refugee camp was "not enough" and the construction of such camps was "not a solution to the migration problem" as it leads to "the new wave of migrants."

In October 2016, French authorities dismantled the Calais refugee camp amid the ongoing migration crisis in Europe, with more than 5,500 former residents taking refuge in special accommodation centers across France.

The first round of the elections will take place on April 23, while the run-off between the top two contenders is scheduled for May 7.