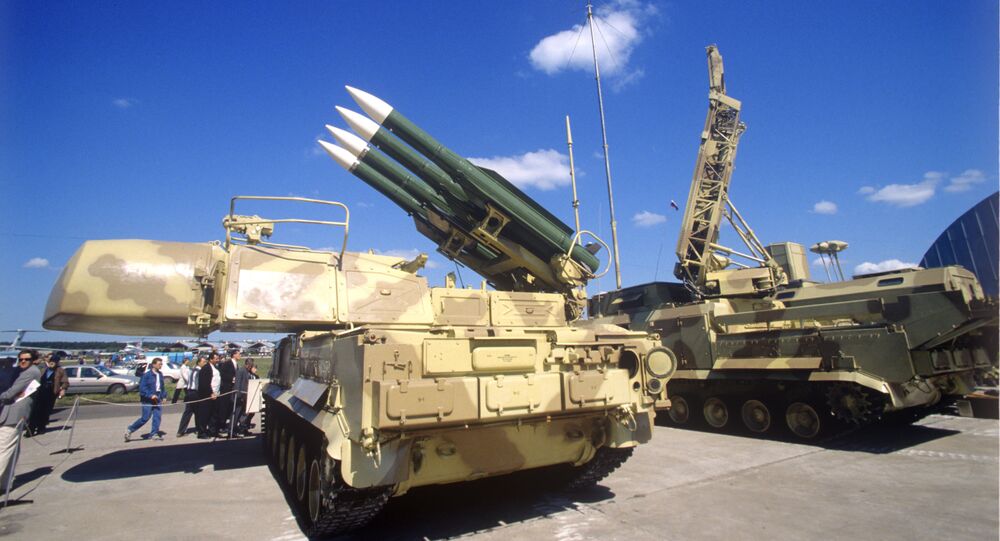 © REUTERS / Kacper Pempel
'The Only Good Russian is a Dead Russian'? Exposing NATO's Hypocrisy in German Drill
KIEV (Sputnik) — Ukraine's anti-aircraft missile troops are seeking to reach tactical compatibility with their NATO counterparts, according to the Facebook statement.

"This year's priority will be live firing. More precisely, we plan to carry out a more large-scale exercise than last year. We are mainly talking about live firing for a Buk-M1 consolidated anti-aircraft missile regiment and S-300P anti-aircraft missile squadrons," Karpenko said, as quoted on the Ukrainian Armed Forces General Staff press service Facebook page.

The move sparked concern in Crimea, which is still claimed by Ukraine after rejoining with Russia three years ago. Russian officials said the drills were Kiev's saber-rattling and indicated its warlike attitude, while Ukraine said the exercises were irrelevant to the Minsk accords on east Ukrainian settlement.

Knowledge of Russian Not Requirement, Just Advantage for Extras in NATO Drills