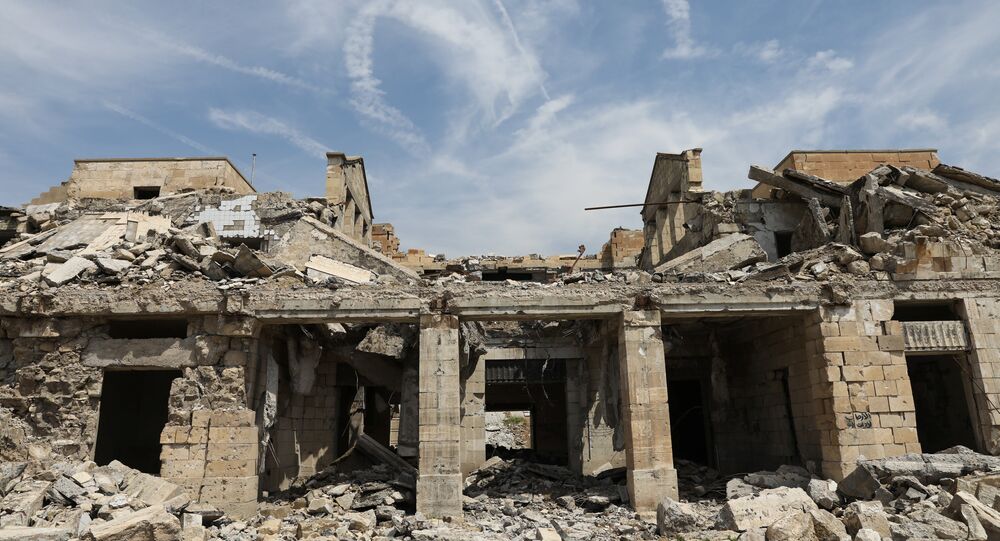 Faced with a growing terror threat at home from returning jihadists, the Swedish government wants to send a limited police force to Iraq to help investigate jihadi Swedish nationals who traveled to the Middle East to commit acts of terrorism.

© REUTERS / Anders Wiklund/TT News Agency
Jihadi 'Veterans' Return to Sweden, Establish Islamist Extremist Networks
According to Interior Minister Anders Ygeman, who presented this idea to the Swedish media, the hope is to eventually stifle the influx of jihadi defectors and contribute to terrorist Swedes being tried in Iraq instead of returning to their home country.

"The idea is to put more people who travel to commit terrorism on trial in Iraq, and therefore prevent them from returning to Sweden or Europe," Anders Ygeman told Swedish Radio.

According to Ygeman, the Swedish police officers are said to be able to contribute with expertise, training, and also specialist skills like forensic work in order to secure evidence. EU member states are currently in negotiations over a possible operation in Iraq. According to Ygeman, decisive measures would strengthen the Iraqi judiciary.

© Photo : Kristian Pohl / Regeringskansliet
Sweden's Plan to Channel Daesh Defectors Back Into Society Backfires
However, Ygeman's plans seem to have vexed fellow Swedes, who believe that the country's handling of jihadists is inadequate. Swedish newspaper Smålandsposten columnist Fredrik Haage, voiced bitter criticism over Ygeman's attempts to quell jihadism, which he sarcastically dubbed as "one of Sweden's most prominent industries."

"The fact is that the Swedish government is embarrassingly bad at putting its own 'terrorist travelers' behind bars, both the ones that are departing and arriving. We have not jailed a single Daesh recruiter, only a single Daesh financier and two terrorists. The difference from neighboring Norway, which in comparison cages in Daesh activists one after another, is just too obvious," Fredrik Haage wrote in his opinion piece.

In March, National Defense College senior researcher Magnus Ranstorp ventured that Sweden lacked any plan of how to deal with returning jihadists, calling the situation "precarious." At the same time, Swedish Democracy and Culture Minister Alice Bah Kuhnke notoriously argued that the returnees must be accepted back into "Sweden's democratic society," unless they can be investigated for crimes carried out abroad (and practice proves they usually can't). At the same time, she was forced to admit that there were no statistics whatsoever on the number of people successfully de-radicalized and landed in hot water for giving a vague "guesstimate," which later proved erroneous.

© Flickr / Udo Schröter
'Racist' Report Finds Islamists Permeate Sweden, Enjoy Secular Support
Sweden's plans of reforming Daesh defectors ignited criticism on the home arena. Many argued that it was naïve to believe that religious terrorism is something that comes and passes and demanded punishment for the returning terrorists.

"No one should have 'retired' Daesh executioners as neighbors. Sweden's lax attitude towards jihadists is nothing but an insult to all the victims of the terrorist sect," Greger Ekman argued in an opinion piece in Swedish newspaper Marienstads-Tidningen.

According to estimates by the Swedish Security Police SÄPO, at least 300 Swedish nationals have traveled abroad to join mid-Eastern terrorist groups since 2012, yielding some of the highest percentage of jihadists per capita of all the European nations. About half of them have returned to Sweden and have been repeatedly identified as the foremost threat to the Swedish security. Notably, a recent national security report by the National Center for Terrorist Threat Assessment (NCT) identified terror attacks inspired by radical Islamist ideology, such as those promoted by Daesh (ISIS/ISIL) or al-Qaeda in the Middle East, as the biggest threat to Sweden.