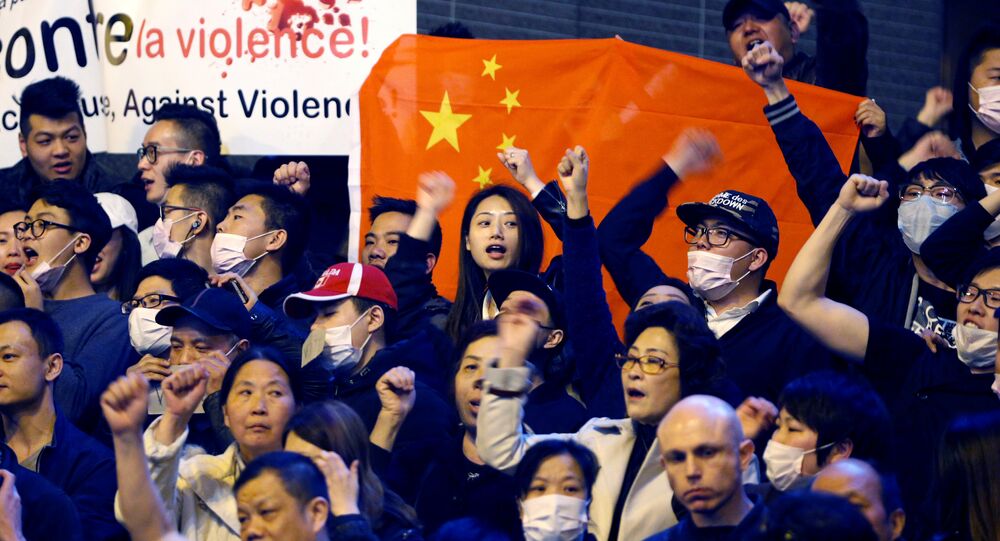 French authorities apparently have reasons to believe that a wave of protests in Paris that was sparked by the killing of a Chinese national is in fact being orchestrated by Chinese mafia.

© REUTERS / Christophe Petit Tesson/Pool
Beijing, Paris React to 'Rising Tide of Racism' in France After Police Killing
The Chinese community in Paris was enraged after Liu Shaoyo, a 56-years old Chinese national who lived in the French capital, was shot dead by local police on Sunday, March 25.

According to the authorities, Liu was shot dead after attacking police officers with a knife, while his family members insist that the victim was using the utensil to gut a fish he was preparing during the time of the incident.

The killing, which is widely regarded by members of local Chinese community as unjust, sparked a wave of protests in Paris, prompting the police to use tear gas to disperse the protesters.

However, there may be more to these protests than meets the eye, as according to French newspaper Le Parisien, citing a confidential report by the General Directorate for Internal Security (DGSI), these events are apparently being orchestrated by Chinese mafia.

According to the report, Chinese organized crime groups were behind the protests which followed Liu Shaoyo’s death and were directly involved in the ensuing outbreaks of violence.

Alain Rodier, Deputy Director of the French Centre for Intelligence Research, told Sputnik France he wasn’t really surprised by the findings outlined in the report and by the fact that the protests in Paris may have been, to a certain degree, orchestrated by Chinese mafia.

"If what is said in the report is true, then I’m not surprised by it. The Chinese mafia is known far and wide and is very powerful, be it in China, in the Far East or abroad. These organizations have plenty of money and take a keen interest in foreign diasporas, Chinese and Asian in general. These groups are very active in France… It is clear that these acts of violence are being orchestrated by these triads, which seek to seize control of the diaspora," he said.

According to Rodier, the Chinese mafia’s bid to control the diaspora in Paris was caused by a crackdown against organized crime launched by Beijing.

"I believe that the Chinese authorities are now actually trying to combat organized crime – something that has never happened before," he stated.

Rodier also remarked that he was unpleasantly surprised by the fact that the confidential DGSI report in question was leaked to the public, noting that "something is wrong with our democracy if information that was not meant for the press gets leaked to it."