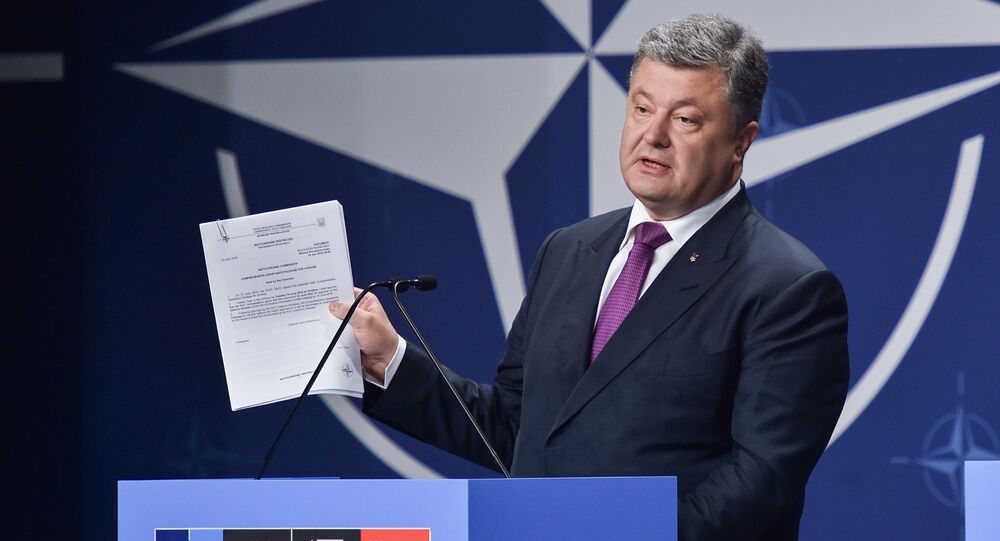 © Flickr / Michel G.
Poland Summons Ukraine’s Ambassador Due to Shelling of Consulate in Lutsk
KIEV (Sputnik) — Ukraine’s President Petro Poroshenko has ordered for the strengthening of security for foreign diplomatic missions and consulates on the territory of Ukraine following the overnight shelling of Polish Consulate General in the northwestern Ukrainian city of Lutsk, presidential spokesman Svyatoslav Tsegolko said Wednesday.

"For the prevention of the possible provocations, the president assigned to tighten the security of the foreign diplomatic and consular institutions in Ukraine," Tsegolko wrote on Twitter.

In the early hours of Wednesday, the Polish Consulate General in Lutsk was shelled by unidentified attackers. According to the consulate, the incident produced no casualties, but did damage the building.

The Polish Foreign Ministry summoned Ukraine’s Ambassador to Poland Andrii Deshchytsia in relation to this situation. Ukrainian Foreign Minister Pavlo Klimkin condemned the shelling and characterized the incident as a "provocation" aimed at undermining friendly bilateral relations between Kiev and Warsaw.

Ukraine’s National Police and Security Service (SBU) have confirmed the fact of attack.