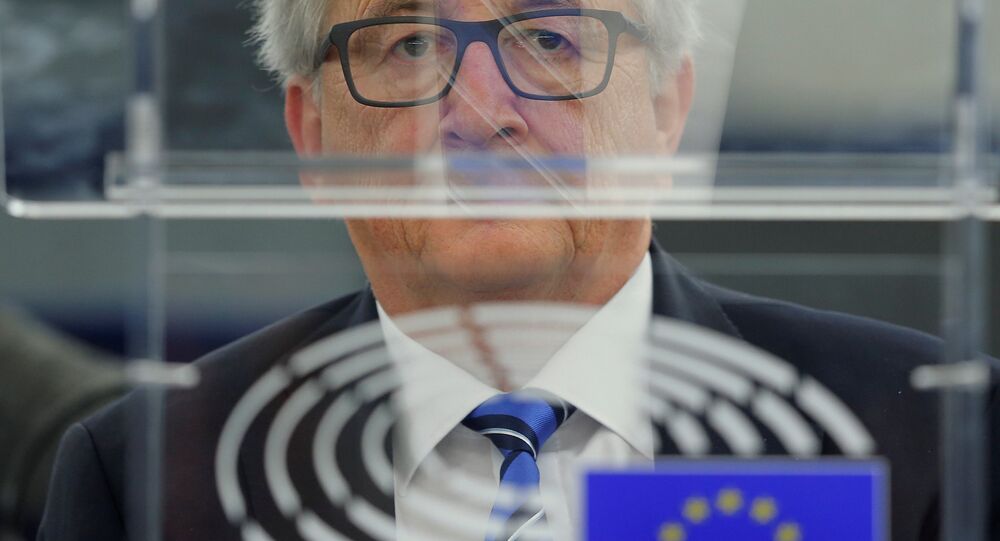 The EU Commission president reiterated he had been and would be further "sad" because of Brexit.

MOSCOW (Sputnik) — Ahead of EU-UK talks on Brexit, the EU Commission President Jean-Claude Juncker said on Friday that he considered Brexit to be a tragic event.

"It is a failure and a tragedy. I will be sad, as I was when referendum took place in Britain," Juncker said in an interview with the BBC, referring to how he will most likely react when the Brexit notification comes from London next Wednesday.

The EU Commission president added that the negotiations will be conducted in a friendly and fair way, stressing that the EU negotiators would not be naive.

Commenting on the UK's further payments to the EU budget, Juncker stressed that the United Kingdom will pay according to its commitments.

"It will be a bill reflecting former commitments by the British government and by the British parliament. There will be no sanctions, no punishment, nothing of that kind," Juncker said.

© REUTERS / Jon Nazca
Gibraltar to Leave EU Together With UK – Bloc's Chief Negotiator for Brexit
The president also stressed that he was committed to preserve the rights of Europeans living in the United Kingdom and British people living in Europe.

UK Prime Minister Theresa May is expected to trigger Article 50 on March 29, thus beginning a two-year negotiation process on the terms of the future relationship between the United Kingdom and the European Union.