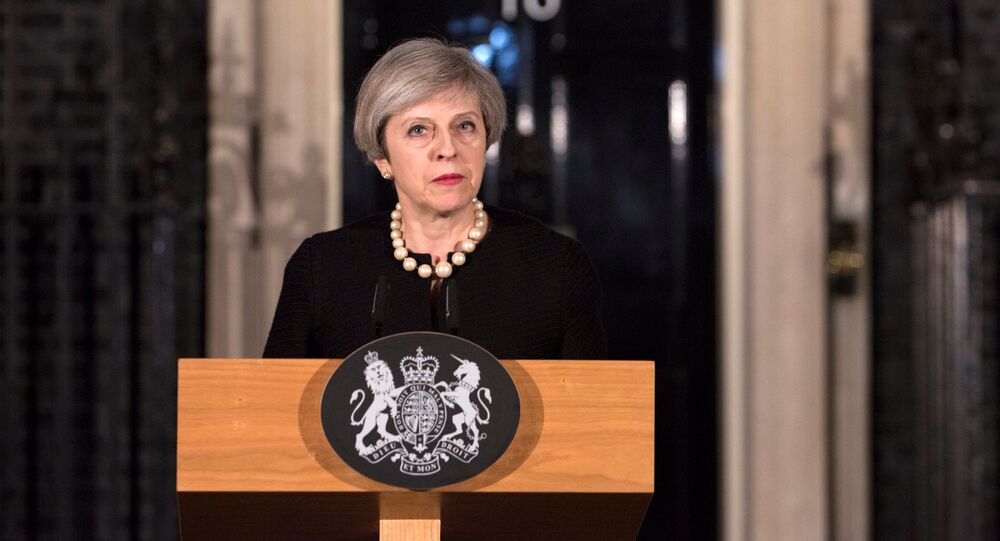 UK Prime Minster Theresa May has revealed that the terrorist who drove into dozens of people before killing a policeman on duty in the British Parliament was British-born and known to the security services and had been investigate for "violent extremism."

The attacker — who has not been named officially — was shot dead after he drove a car into pedestrians crossing Westminster Bridge, near the House of Parliament before stabbing a policeman to death, after which he was shot dead by the security services.

"His identity is known to the police and MI5. I can confirm that the man was British-born and that, some years ago, he was once investigated by MI5 in relation to concerns about violent extremism. He was a peripheral figure. The case is historic. He was not part of the current intelligence picture," May told the House of Commons in a solemn address.

"There was no prior intelligence of his intent or of the plot. Intensive investigations continue. Our working assumption is that the attacker was inspired by Islamist ideology. We know the threat from Islamist terrorism is very real, but while the public should remain vigilant, they should not and will not be cowed by this threat," she said.

She told the House of Commons that at about 3.40pm GMT, March 22 a single attacker drove his vehicle at speed into innocent pedestrians who were crossing Westminster Bridge, killing two people and injuring around 40 more.

Sputnik reporter: ‘Police are sending us back, telling us to leave the area' #UPDATES #UKParliament #London https://t.co/5qi3udEx8o pic.twitter.com/72uEJJcjTr

"In addition to 12 Britons admitted to hospital, we know that the victims include three French children, two Romanians, four South Koreans, one German, one Pole, one Irish, one Chinese, one Italian, one American and two Greeks," May said.

'Every Inch a Hero'

The injured also included three police officers who were returning from an event to recognize their bravery. Two of those three remain in a serious condition.

PM: Our thoughts and prayers go out to all who have been affected by the attack on the streets of our capital. https://t.co/K6LqooqZNE pic.twitter.com/eBoU6ahJYk

​"The attacker then left the vehicle and approached a police officer at Carriage Gates [one of the entrances to parliament] attacking that officer with a large knife before he was shot dead by an armed police officer," May said.

Join us for a minutes silence honouring PC Keith Palmer & those members of the public that tragically lost their lives #WestminsterAttack pic.twitter.com/TjF1vR4ns6

"Tragically, as the House will know, 48-year-old PC Keith Palmer was killed. PC Palmer had devoted his life to the service pf his country. He had been a member of the parliamentary and diplomatic protection command for 15 years and a soldier on the Royal Artillery before that. He was a husband and a father killed doing the job he loved. He was every inch a hero and his actions will never be forgotten, " May said.