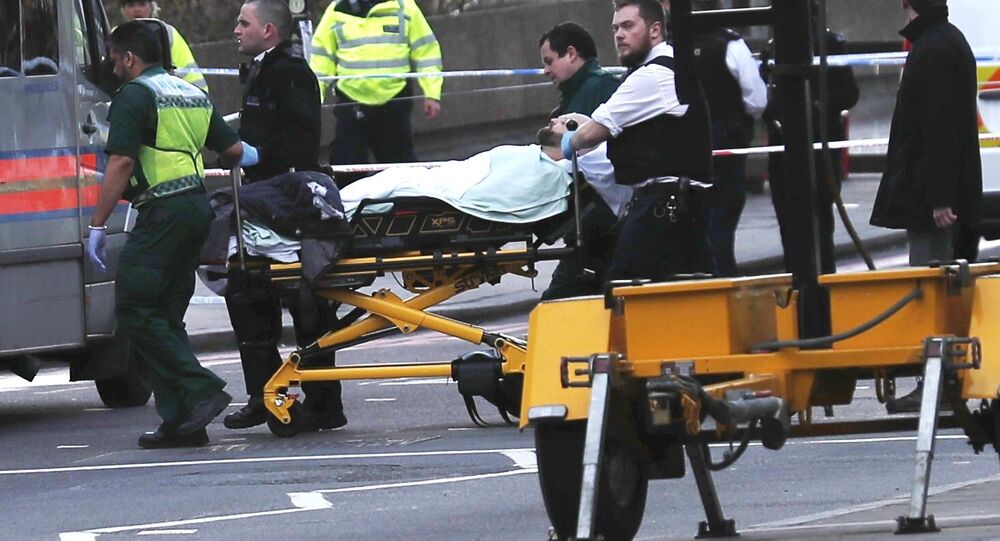 Several foreigners were injured in the deadly Wednesday terror act in London, that took the lives of four people with the attacker having been shot dead by police, media report.

© REUTERS / Stefan Wermuth
Car Used in Westminster Bridge Attack Registered in Essex
MOSCOW (Sputnik) – On Wednesday, an attacker, whose identity is yet to be revealed by police, hit several people while driving on Westminster Bridge. He then tried to enter the Houses of Parliament, armed with a knife. After stabbing a police officer, who was later confirmed dead at the scene, the attacker was shot.

According to the Seoul Shinmun daily newspaper, five South Korean tourists were among the injured, one of them sustained a serious injury.

The Chinese embassy in London has issued an alert to Chinese tourists visiting the UK, however, there have been no reports of any Chinese nationals having been injured in the London attacks.

An Australian permanent resident was also injured in the Wednesday terror act in London, according to Australia’s attorney general George Brandis cited by The Guardian.

UK Prime Minister Theresa May has confirmed that the Wednesday attacks in London were carried out by one single individual. She emphasized that the location of the terror act was not accidental and said that the threat level in the United Kingdom remains severe.

May urged Europeans and the world community to stay strong and united in the face of terrorism.