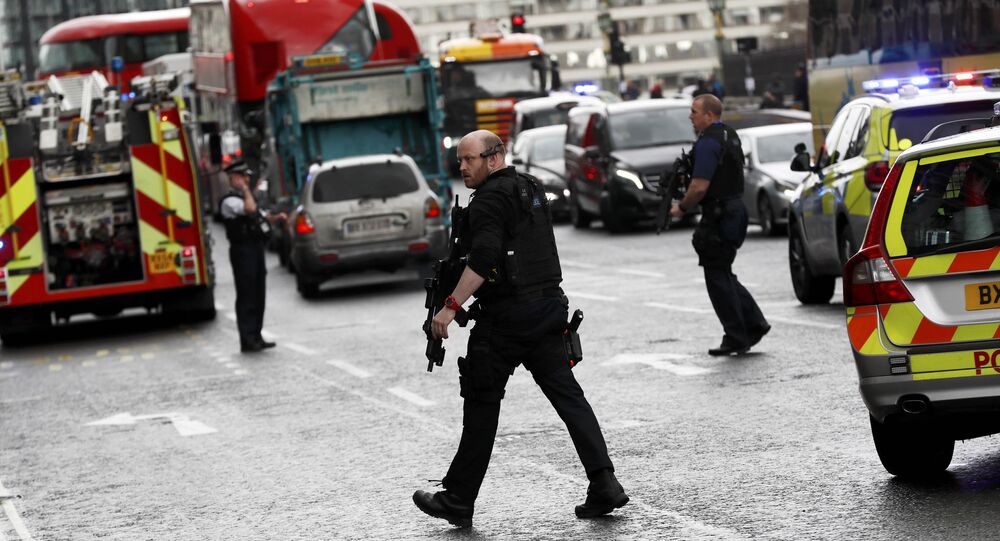 The car used in the deadly Wednesday terror act in London was registered in the county of Essex in eastern England, British media report.

© REUTERS / Eddie Keogh
Westminster Lockdown Lifted, Police Confirm
MOSCOW (Sputnik) – The number plate of the Hyundai vehicle was registered in the city of Chelmsford, but it is not clear who the owner is or where the car was kept before the Wednesday attack, ITV said on Wednesday.

Other British media have reported that the car, which is allegedly around one year old, could have been rented out of Birmingham.

The Guardian said on Thursday morning that a police raid was carried out in Birmingham in the early hours of Thursday, although it was not clear whether it was related to the Wednesday terror act in London.

On Wednesday, an attacker, whose identity is yet to be revealed by police, hit several people while driving on Westminster Bridge. He then tried to enter the parliament building armed with a knife. After stabbing a police officer, who was later confirmed dead at the scene, the attacker was shot.

According to several British media reports, witnesses have identified the attacker as an "Asian man" around 40 years of age.