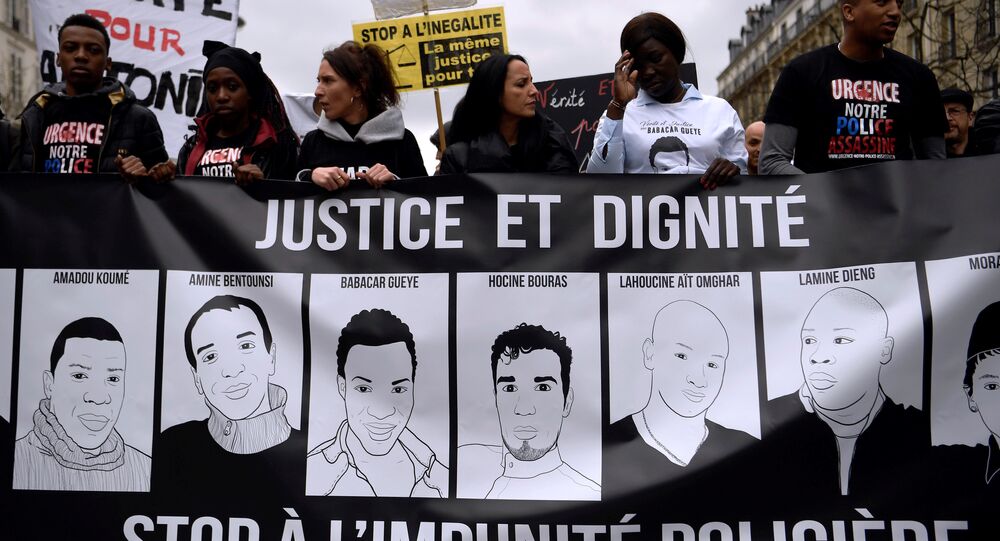 Thousands of protesters are marching from the Place de la Nation toward the Place de la Republique, holding anti-discrimination and anti-racism banners in Paris, according to a Sputnik correspondent.

PARIS (Sputnik) — Thousands of people are protesting on Sunday in central Paris against police brutality, a Sputnik correspondent reported.

The protesters are marching from the Place de la Nation toward the Place de la Republique, holding anti-discrimination and anti-racism banners. While the rally is being held in a peaceful manner, there is a possibility that skirmishes may occur.

© AFP 2021 / GEOFFROY VAN DER HASSELT
Police Detain Eight Protesters at Paris Rallies Against Law Enforcement Violence
Since February, a wave of protests prompted by police brutality occurred in France. The man, named only by his first name, Theo, was beaten up by police officers after a routine check triggered an altercation. The victim was hospitalized and underwent a surgery. Reports of the incident sparked off two weeks of unrest in Paris that led to arrests of more than 240 people.

On February 5, one of the police officers that detained Theo was charged with rape, and three of his colleagues with deliberate violence.