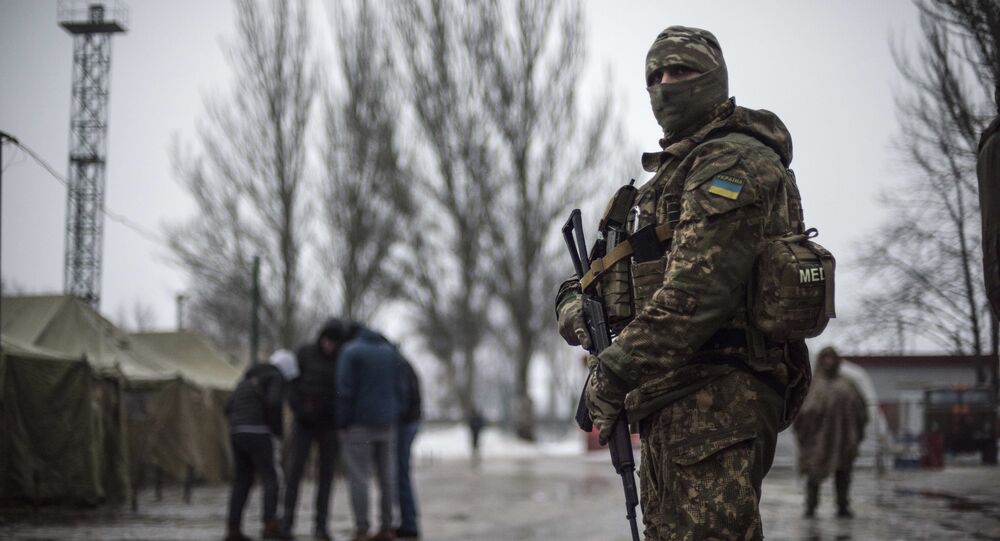 Five soldiers of the Ukrainian Armed Forces were injured in Donbass over the last 24 hours, according to the spokesman for the Ukrainian forces' operation in the east.

KIEV (Sputnik) — At least five Ukrainian soldiers were wounded in Donbass over the last 24 hours, Alexander Motuzyanik, the spokesman for the Ukrainian forces' operation in the east, said Sunday.

"Over the past 24 hours… five soldiers of the Ukrainian Armed Forces were injured," Motuzyanik said at a press briefing.

© AFP 2020 / TOBIAS SCHWARZ
On the Precipice: Poroshenko's Own Gov't, US, EU Attack Him Over Donbass Blockade
Kiev launched a special military operation in Ukraine’s southeast in April 2014, after local residents refused to recognize the new Ukrainian authorities, which came to power as a result of what they regard as a coup.

In February 2015, Minsk peace agreement was signed between Ukraine’s conflicting sides with a provision of a full ceasefire in Donbass. Despite this fact, truce violations continue.

The situation in Ukraine’s southeast escalated in January, when Ukrainian forces and the militia of the self-proclaimed Donetsk and Lugansk people’s republics intensified fighting.