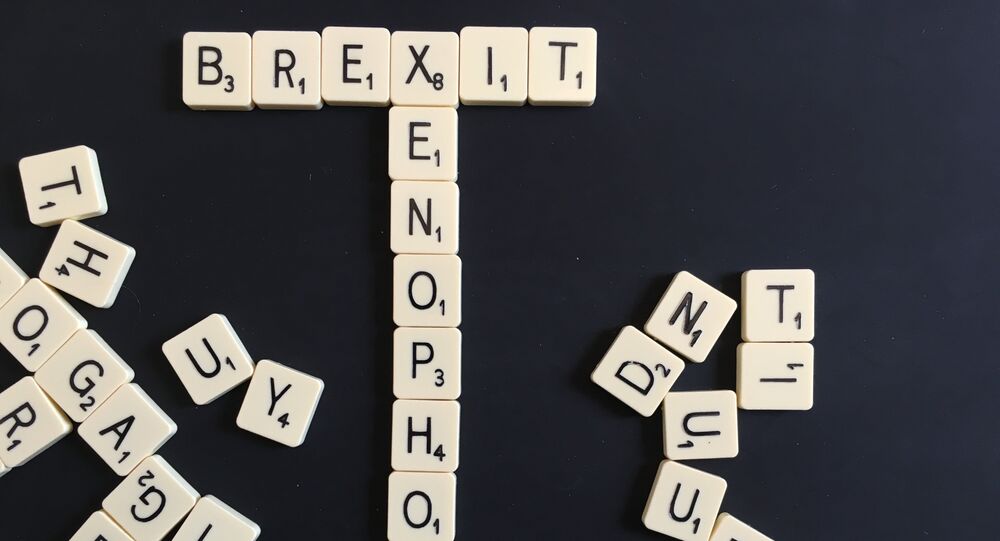 The number of white terror suspects, arrested in Britain, hit a multi-year high in 2016 with 91 out of a total 260 people held on suspicion of terrorism offences last year being white. Radio Sputnik discussed the issue with Professor Anthony Glees, Director of the Center for Security and Intelligence Studies at the University of Buckingham.

He said that the environment produced by the Brexit vote made some people in the rightwing political spectrum feel that they now have a license to organize and act to an extent that they did not feel prior to the referendum: “In other words, the Brexit referendum made certain kinds of political behavior more likely than they had been before. There have always been Nazis in Britain, but I think that this latest surge in rightwing extremism in the UK is the result of the Brexit referendum.”

He added that security organizations like MI5 are not suppressing [rightwing extremists] the way they should.

“Things that were seen as completely unacceptable, such as hatred of foreigners, of fellow Europeans, have been absorbed into the wider political culture,” he noted.

Professor Glees said that when David Cameron said in 2013 that there would be an “in-out” referendum, he assumed that because of the “absolutely obvious” economic advantages of being in the European Union, the British people would vote to stay in the EU and would turn their back on nationalist solutions to contemporary problems.

“The result is that windows have been opened to extremists on the right and also on the left. The latter joined with Islamist extremists of whom we are so afraid and rightly so,” he observed.

He also mentioned the extreme speakers invited by student groups at British colleges and universities to proselytize students, who may find it interesting to espouse views their parents and grandparents would have viewed as disgusting.

© REUTERS / Justin Tallis/Pool
UK Brexit Minister Expects Queen to Approve Bill on UK Exit From EU Thursday
“What is extreme right, what is extreme left and what is Islamism is not always easy to interpret. In the Brexit referendum we had a number of people from ethnic minorities who voted to stop immigration from Europe, although they were immigrants themselves,” Professor Glees noted.

He said that many of those who arrive in Britain from the Middle East, Pakistan, and Arab North Africa lose their geographical affiliation with the countries they came from: “They don’t regard themselves as Pakistani, Afghani or Indian Muslims any longer. They regard themselves as Asians. Their identity shifts, but they don’t take on the identity of mainstream UK, and this is a very big problem.”

When asked whether the UK’s divorce from the EU has provoked a rise in nationalist sentiment, Professor Glees said that he was worried by the move towards aggressive rightwing nationalism.

“America first, Britain first, the Netherlands first. Millions of people were killed in two major wars fought in the 20th century as a result of aggressive nationalism. The Brexit vote seems to have opened the door to the idea that you can put your country first above all the rest,” Anthony Glees noted.

He added that Brexit was already creating problems with Scotland, which wants to stay in the EU. This, he warned, could even cause dissent within the UK between the Scots and the British.

© AFP 2021 / Odd Andersen
Brexit One Step Closer, Despite Legal and Scottish Challenges
“So we talk about divided societies. We should get rid of policies that divide people. People should be proud of their country, but   you cannot turn on your fellow human beings, particularly if they are your next-door neighbors, you can’t live without them and you should certainly stop using violence against them, which is exactly what we have seen during the Brexit referendum and right up to now,” Professor Glees emphasized.

The United Kingdom held a referendum on June 23, 2016, deciding to leave the European Union.

British Prime Minister Theresa May is just days away from triggering Article 50 of the EU Lisbon Treaty and thus beginning withdrawal negotiations.