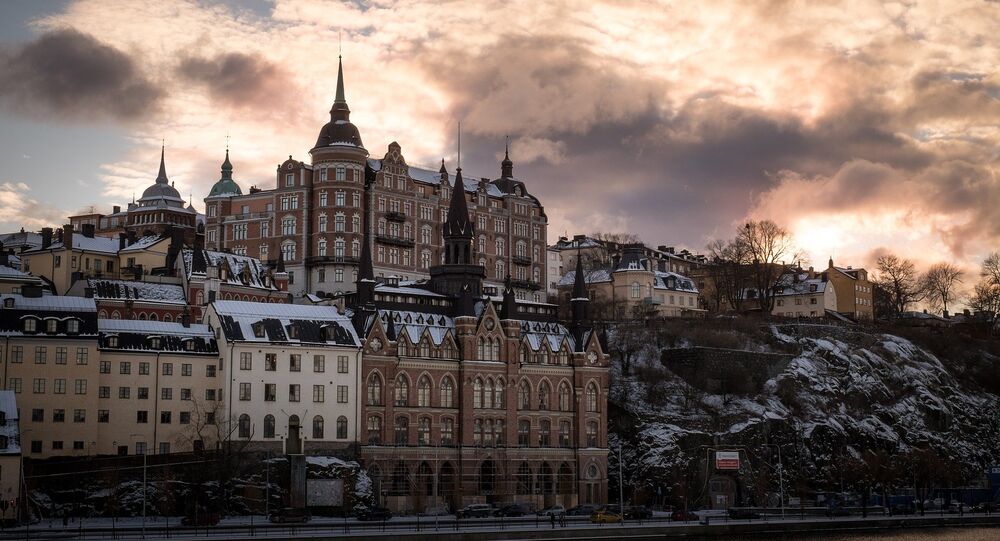 After the example of Peter Springare, a Swedish veteran policeman, who rebelled against overwhelming political correctness and the authorities' ways of hushing up immigrant crime, the Swedish police have been taking steps to uphold law and order in its own ranks and prevent more dissident outbreaks.

© Photo : Youtube/ Chris White
Fed-Up Swedish Cop Lashes Out Against Immigrant Crime, Political Correctness
A critical opinion piece by Peter Springare, a veteran Swedish policeman who previously made headlines for his angry outburst against political correctness, which in effect covers up immigrant crime, has spurred Dan Eliasson, the chief of the Swedish police, into action. After Springare published his unflattering opinion piece backed by statistics in the local newspaper Nerikes Allehanda, Eliasson responded with a mass mailing to 30,000 police employees, containing rules on how work computers may be used.

Peter Springare, who has repeatedly voiced his frustration over the rising level of migrant crime in Sweden, is now being investigated by authorities who claim he had used the police data system "in a wrongful way," hacking his way into police computers and using police statistics for private purposes, Swedish national broadcaster SVT reported.

In order to prevent fellow police officers from doing as Peter Springare, Eliasson laid down the rules and urged his employees to only use the police database when necessary. Although Police communications manager Mats Nylén specifically told SVT that the letter rather serves a clarification, Eliasson's discontent with the negative publicity Springare keeps generating for the Swedish police is obvious.

"He is paid to conduct policing, not to debate," Mats Nylén told SVT, stressing that while Springare is surely covered by the freedom of speech, he may not use the police database for private debate.

© Photo : Youtube/Nyhetsmorgon
Dissident Swedish Journalist Falls Prey to Witch Hunt Against Other-Minded
On his Facebook page, Springare stressed that he was only sharing his experience of being a police officer and expressing private opinions in a debate, which had arisen after his first Facebook post.

Being a rebel in uniform is, indeed, no mean feat. Previously, Springare was charged with inciting racial hatred for merely stressing the need for a more open debate on the sensitive issue of migrant crime, yet was surprisingly cleared of the charges.

In Sweden, Springare became a household name as a cop who dared to confront the system and broke the taboo on revealing perpetrators' nationality, despite the 42 years in police service under his belt. In early February, he rose to national fame with a fiery Facebook post that highlighted immigrants' overrepresentation in violent crime.

After the authorities and the mainstream media's verbal attack on Springare as a "hatemonger" and "peddler of racism," a support group was started on Facebook named Stand up for Peter Springare, which quickly gathered some 200,000 members (in a nation of 10 million).

"I just feel so sorry for the victims in all these cases. I can say that the majority are, themselves, immigrants. This fact makes me neither Nazi nor racist," Springare claimed in a post.

Sweden singles itself out by keeping no statistics on immigrant crime. In mainstream Swedish media, reporting a criminal's ethnicity is unthinkable, which has led to accusations of ineffective crime prevention.