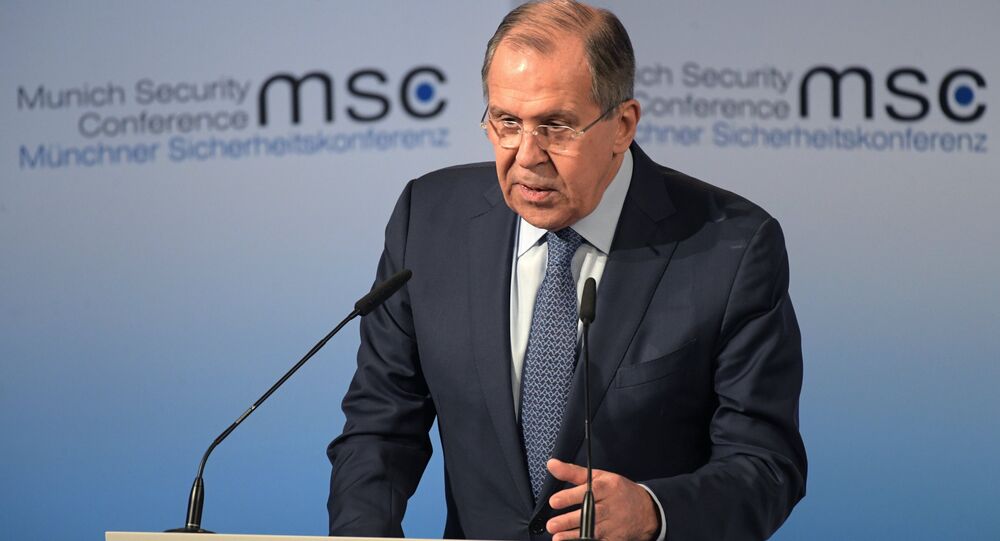 Russian Foreign Minister Sergei Lavrov thinks that the NATO expansion has resulted in an unprecedented level of tensions across the European continent.

"The expansion of NATO has resulted in an unprecedented level of tensions in Europe in the last 30 years," Lavrov said speaking at the Munich Security Conference.

He added that 2017 marked the 20th anniversary of signing of the Founding Act on Mutual Relations, Cooperation and Security between Russia and NATO and the 15th anniversary of the Rome Declaration on NATO-Russia Relations, which aimed at strengthening of mutual trust and removal of "divisive lines," however these goals had not been reached as NATO was still a "tool of the cold war."

Following the collapse of the Soviet Union and the dissolution of the Warsaw Pact, NATO has seen three waves of enlargement in 1999, 2004 and 2009 respectively, bringing a total number of the Alliance member states to 28. Currently, the NATO members are implementing necessary procedures to include Montenegro in the ranks of the military bloc.