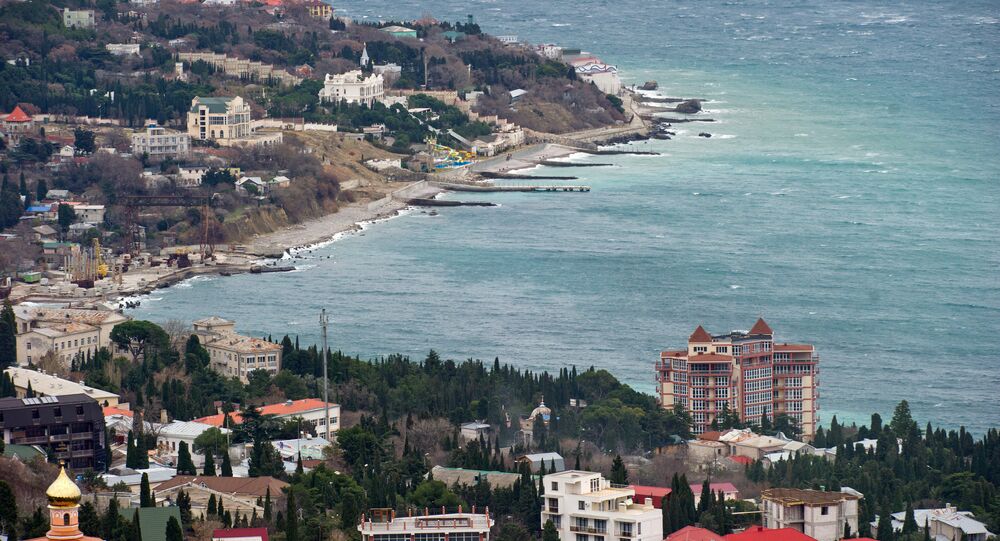 © Sputnik / Sergei Malgavko
US Delegation to Attend 2017 Yalta Economic Forum in Crimea Despite Sanctions
MOSCOW (Sputnik) — Russian presidential spokesman Dmitry Peskov on Friday denied claims by two former lawmakers, now living in Kiev, who alleged they had been forced in 2014 to vote for Russia’s reunification with Crimea.

"No, I cannot agree with these claims. I was present at almost every voting and it wasn’t like they said," Peskov told reporters when he was asked to comment on allegations made by Denis Voronenkov and his wife Maria Maksakova to Ukrainian media.

Asked whether the voting on Crimea’s accession to Russia was fair and voluntary, Peskov replied, "Of course, I don’t know anyone who was against it."

Voronenkov and Maksakova, both former members of the lower house in the Russian parliament, moved to Ukraine last year and were granted citizenship.

The Black Sea republic of Crimea rejoined Russia in the spring of 2014 when over 97 percent of its residents voted in favor of reunification in a referendum. On March 21, the Russian parliament adopted a federal constitutional law on the formation of two new regions – the Republic of Crimea and the federal city of Sevastopol.