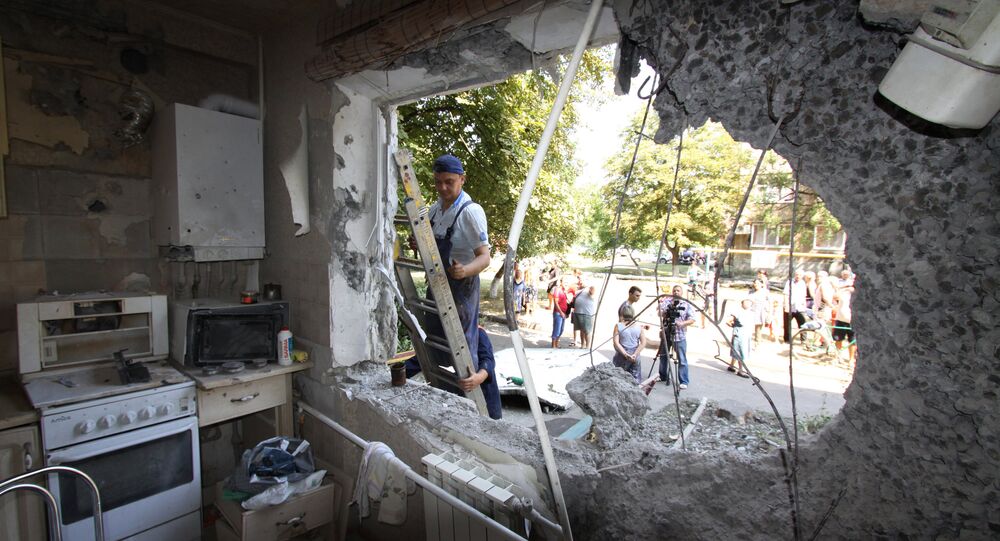 Victims of conflict-related sexual violence in Ukraine are often left without adequate assistance, a deputy spokesman for the Secretary-General, Farhan Haq, said at a daily briefing on Thursday.

UNITED NATIONS (Sputnik) — According to the report, the Ukrainian justice system lacks professional experience, laws and capacity to effectively prosecute allegations of sexual violence, which leads to widespread impunity of those responsible for such crimes.

"[S]urvivors of sexual violence committed in the context of the country’s armed conflict are often denied justice and left without adequate care and counselling," Haq said.

© AFP 2021 / Evgeniy Maloletka
US Remains ‘Strongly Supportive’ to Building Capacity of Ukraine’s Army
The report says the majority of the documented cases of sexual violence in the areas of armed conflict occurred when victims, both men and women, were detained by either government forces or armed groups.

'Pope for Ukraine' Humanitarian Fund to Allocate $211,000 to Avdiivka Residents