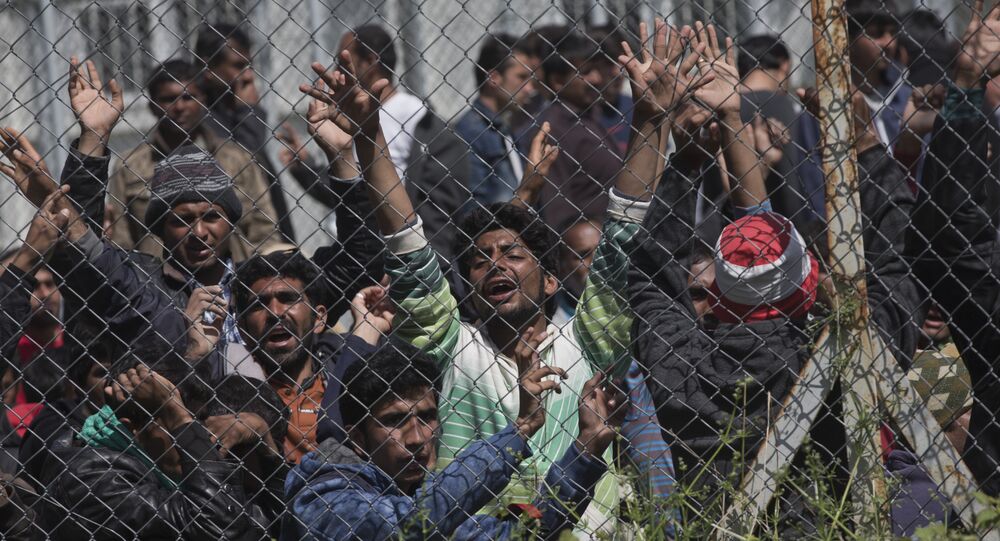 The EU border agency Frontex stated on Wednesday that the bloc is experiencing high migration pressure, with about 382,000 illegal migrants arriving in European countries in 2016.

MOSCOW (Sputnik) — Frontex said that although the numbers decreased in comparison to 2015, it was still higher than any annual figure for arrivals in 2010-2014.

"In 2016, migration pressure at Europe’s external borders remained high with the detection of over half a million illegal border-crossings. Frontex estimates that this figure corresponds to about 382 000 migrants coming to Europe from the Middle East, Africa and Asia," Frontex said in a statement.

According to the agency, most of migrants arrived in Italy and Greece, with each reporting about 180,000 new arrivals. For instance, in 2016 Italy registered a 17-percent increase in number of migrants, compared to the previous year, with most of them "departed from Libya aboard overcrowded and unseaworthy rubber dinghies."

Frontex stressed that persons claiming to be Syrian nationals represented "the highest share of migrants" illegally entering the European Union (17 percent) in 2016, which actually remained unchanged for the forth consecutive year. The number of migrant from African states also turned out to be rather high.

"Coinciding with the increase in the Central and Western Mediterranean, the detection of African migrants reached a record high of more than 170 000, compared with an average of about 40 000 between 2009 and 2013. This surge reveals a steady increase in irregular migration from the African continent, and in particular from West Africa," the statement read.

© AP Photo
'This Will Not Be Easy': Italy, Libya to Find It Hard to Stop Migration Flow
The agency also pointed out that some 176,000 non-EU citizens were returned last year to their country of origin, with return of about 11,000 of them been coordinated by Frontex.