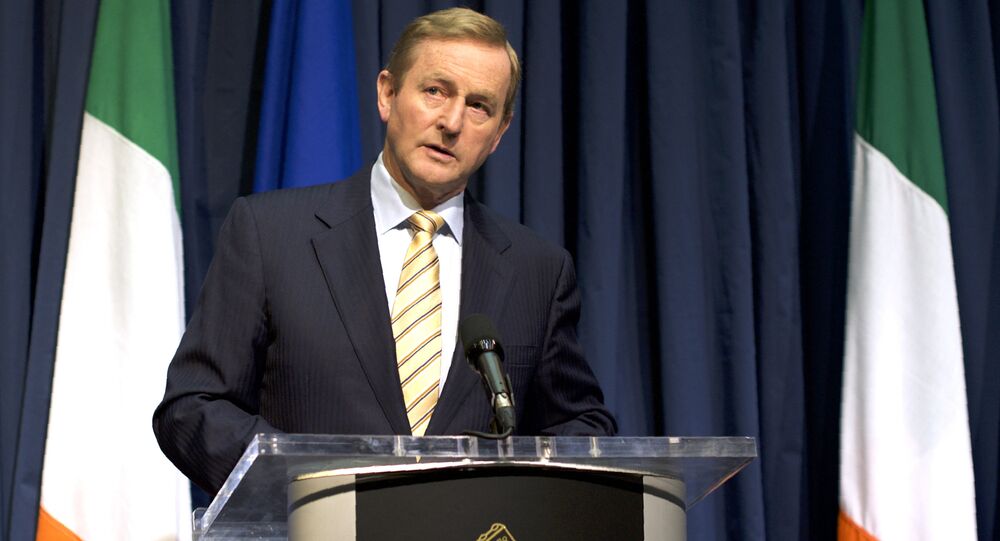 EU membership has been highly effective for the Irish economy and the access to the EU Single Marker and the Customs Union is vital for the country, Irish Prime Minister Enda Kenny said.

MOSCOW (Sputnik) — Ireland is not planning to leave the European Union, as the membership in the bloc is the foundation of Dublin’s economy and the guarantee of the Good Friday Agreement with the United Kingdom, Irish Prime Minister Enda Kenny said Wednesday.

“I utterly reject any suggestion that we would leave the European Union … The foundation of Ireland's prosperity and the bedrock of our modern society is our membership of the European Union. That will not change,” Kenny said in his address to the Institute of International and European Affairs (IIEA) think tank, as quoted in the statement of the Irish government news service.

Dublin’s membership in the bloc has been highly effective for the Irish economy and the access to the EU Single Marker and the Customs Union is vital for the country, Kenny added.

"I am in absolutely no doubt that the European Union, which has done so much to support reconciliation on this island, will defend the peace process and the Good Friday Agreement," the prime minister underlined, referring to the Northern Ireland peace process bilateral agreement with the United Kingdom.

The United Kingdom’s exit from the European Union is going to have a seriously negative effect on the Ireland’s economy, the prime minister said, stressing however that she respected the referendum result and I recognised that "Brexit is now going to happen.”

© REUTERS / Phil Noble
Rising Inflation to Spur UK Economy in 2017, But Brexit Fears Still Linger
The Good Friday Agreement, officially the Belfast Agreement, was concluded in 1998 between the UK and Irish governments and political parties in Northern Ireland to end decades of sectarian conflict.

UK Prime Minister Theresa May said last month that the United Kingdom would not remain a member of the EU single market after Brexit, raising concerns that a physical border would be reinstated between Northern Ireland and Ireland.