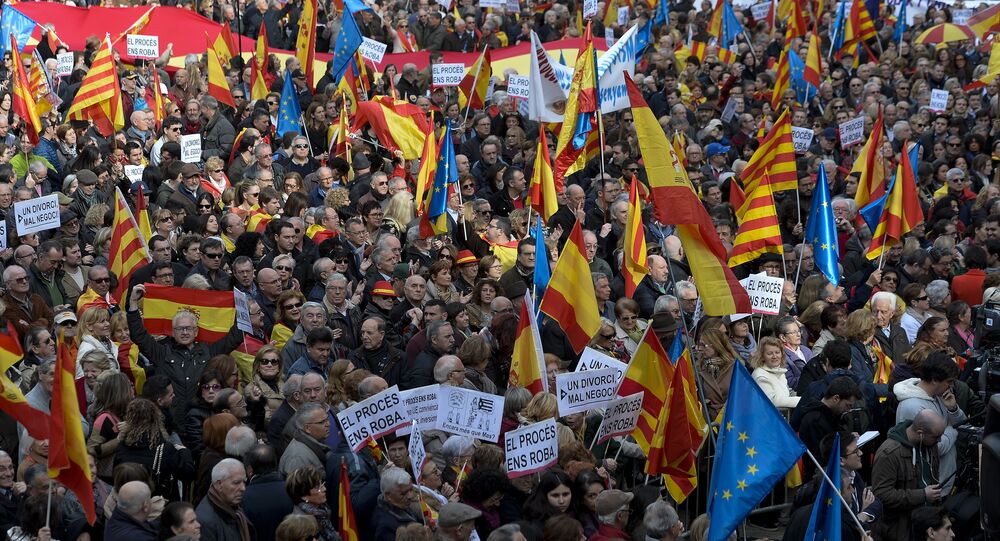 The Spanish Constitutional Court approved the central government’s appeal to annul the resolution, aimed at holding a referendum on Catalonia's independence from Spain.

Under these two resolutions, the government of Catalonia was required to coordinate and hold a referendum on the Catalonian independence no later than September 2017, El Pais online newspaper said.

The Constitutional Court approved the central government’s appeal to annul the resolution, while also approving the decision to to make a case against the Catalan parliament speaker Carme Forkadell and other members to the prosecution office.

Catalonia, one of Spain’s 17 autonomous communities, has long sought independence from Spain. The territory’s efforts toward leaving the country have been deemed illegal by both the central Spanish government and the the Constitutional Court.

© REUTERS / Albert Gea
Thousands Rally at Spain's Catalonia Court Amid Trial Over 2014 Independence Vote
Despite the central government’s ban, Catalonia conducted an informal independence referendum in November 2014, during with 80 percent voted in favor of independence from Spain.