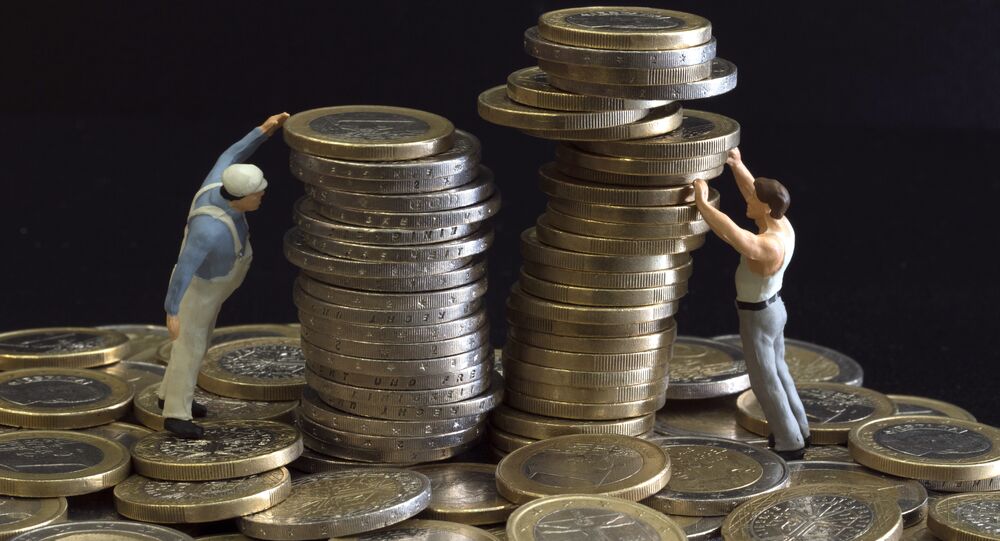 Head of the French Central Bank said that French state debt will raise by 30 billion euros ($32 billion) in case the country leaves the European Union, as has been proposed by presidential candidate Marine Le Pen.

"Since we introduced the euro, interest rates have decreased by about 1.5 percent Hypothetically, if we leave the eurozone, financing of the French state debt will increase by more than 30 billion euros a year," Villeroy de Galhau said in an interview with the France Inter Radio, adding that thanks to euro, France has a reliable currency.

He said said leaving euro would lead to inflation and would destroy citizens’ savings.

On Sunday, Marine Le Pen proposed France to abandon euro, calling it a political weapon. A nation should have its own currency in order to be free, she affirmed.

According to a survey published on Monday, Le Pen is likely to win in the first round of the election with 26 percent of votes.