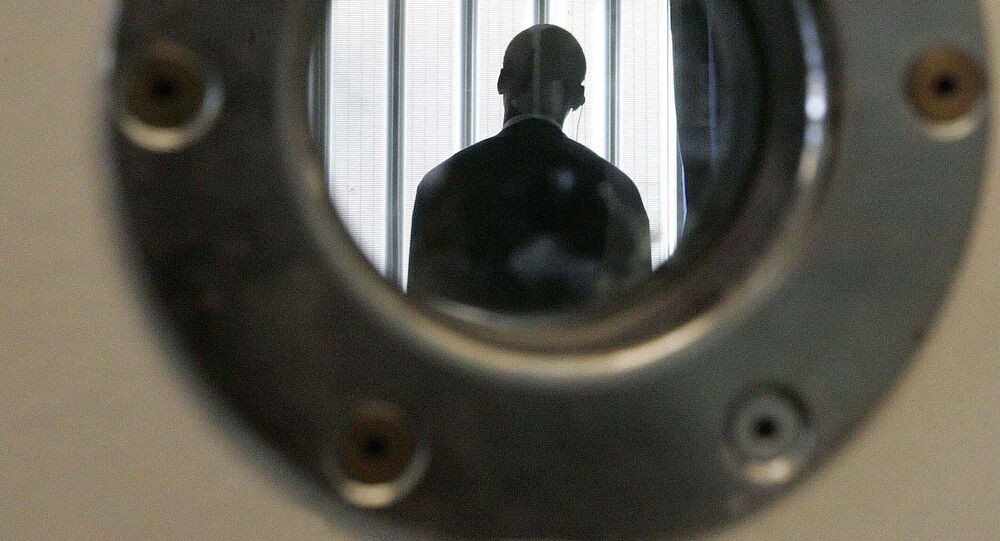 Many in Britain protested President Donald Trump's executive order which prevents people from certain countries from traveling to the US, however the UK Home Office operates a similar system - and it has been going strong for a number of years.

The "charter flights system" has existed for over a decade, but has evaded the same criticism as Trump's executive order, primarily because it has operated away from public gaze.

The UK Home Office uses a chartered aircraft (private flight) to deport as many refugees and migrants as possible.

According to the Unity Center campaign group, which provides practical support and solidarity to all asylum seekers, the flights consist of detainees and guards only, and remove people following Home Office authorization.

UK Home Secretary Amber Rudd recently told a Home Affairs Committee that the US president's executive order was "divisive" and "wrong." Rudd also said that it could create more problems for the West from terror group Daesh (also known as ISIL).

However the charter flights system, which is very similar to Trump's executive order, has existed for a longer period of time and operates under a similar premise — to prevent certain people from traveling to and remaining in a country.

​The system started operating in 2001, targeting a handful of countries. It began with deporting people back to Albania, Kosovo, Romania and the Czech Republic. Then in 2003, the UK began to deport people back to Afghanistan.

African countries have also become a regular destination, according to a report by Corporate Watch, a not-for-profit co-operative providing critical information on the social and environmental impacts of corporations and capitalism, with detainees being sent back to Nigeria, Ghana and the Democratic Republic of the Congo.

One report from HM Chief Inspector of Prisons, which examined a charter flight to Nigeria and Ghana, documented how detainees were kept in handcuffs for much longer than necessary; officers held detainees by the arm in secure areas; they searched people in locations without any privacy. The officers also denied detainees the right to privacy when using the toilet and withheld facilities such as pillows, blankets and hot drinks during an overnight flight.

PM: Trump travel ban is wrong. We wouldn't do it, as Home Secretary I never introduced such a policy, we believe it's divisive & wrong #PMQs

​In September 2016, a charter flight to Jamaica took place, the first one seen since 2014.

Hilary Brown, managing director at London law firm Virgo Consultancy Services said she had managed to get clients taken off the flight by filing judicial reviews of the actions taken by the Home Office.

"I think it's appalling and degrading, the detainees are taken in handcuffs, sometimes forcibly to the plane, they are manhandled and I am not entirely sure that is a dignified way of doing this," Ms. Brown told Sputnik.

A deportation is the enforced removal of someone, usually after serving a criminal sentence in the UK. According to Hilary Brown, forced removal, sometimes called "administrative removal" is different to deportations. This is when the Home Office enforces someone's removal from the UK, if they don't have any leave to remain.

"One of my clients who was being administratively removed, had lived in the UK for 13 years. They had a British child and partner, as well as grandchildren. They had no family in Jamaica. But the Home Office wanted to send them on a chartered flight back," Ms. Brown told Sputnik.

"The UK continues to make political deportation deals with governments of its former colonies and war zones. Almost 2,000 people a year are still loaded onto secretive night flights from Stansted airport, handcuffed by private security 'escorts,' in one of the most brutal facets of the detention and deportation regime," a Corporate Watch statement read.

According to Corporate Watch there were 5,825 deportations of foreign national offenders, convicted of crimes in 2016.

​The report also highlights that there were 12,111 forced removals — these are people who have committed no crime, and could be failed asylum seekers or those who overstayed their visas, in 2015.

A spokesperson for Campaign to Close Campsfield, a group set up to close detention centers in the UK, said that when the UK Prime Minister Theresa May was in charge of the Home Office, she changed the system which meant immigration officers could deport or forcibly remove someone with less then 72 hours notice.

"I've seen people that this has happened to and they have been woken in the middle of the night… The order comes from the Home Office and the immigration officers come and take them away in handcuffs. They are then sent home on a charter flight," a Campaign to Close Campsfield spokesperson told Sputnik.

The UK was outraged at the US and the executive order. MPs called for it to end, but at the same time a similar system was operating in the UK and had been going for some time.

Whether someone will put an end to a decade-old system, remains to be seen, however the policy has so far seen thousands deported and removed from Britain, in many cases, in the least dignified way possible.

Post-Brexit Deportation: UK Government Risks 'Shooting Itself in the Foot'