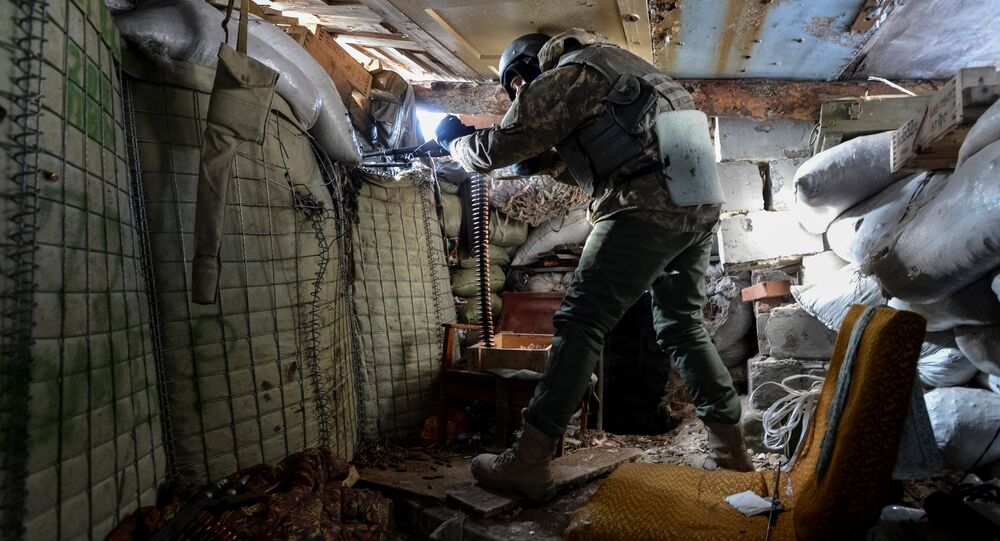 The Lugansk People's Republic has accused Kiev troops of shelling its territory 11 times in the last 24 hours.

LUGANSK (Sputnik) — The Ukrainian Armed Forces have shelled the territory of the Lugansk People’s Republic (LPR) 11 times during the last 24 hours, a spokesperson of the LPR's People's Militia told Sputnik on Sunday.

"In 24 hours, the Ukrainian Armed Forces have violated the ceasefire 11 times," the spokesperson said.

© Sputnik / Genady Dubovoy
Some 153,000 LPR Residents Urge Russian, US, German Leaders to Prevent Violence in Donbass
The Donbass conflict erupted in April 2014 as a local counter-reaction to the US and EU-sponsored Maidan coup in Kiev that toppled the country's democratically-elected President Viktor Yanukovych in February. Residents of the Donetsk and Lugansk regions held independence referendums and proclaimed the People's Republics of Donetsk and Lugansk. Kiev has since been conducting a military operation, encountering stiff local resistance.

In February 2015, Kiev forces and Donbass independence supporters signed a peace agreement in the Belarusian capital of Minsk. The deal stipulates a full ceasefire, a withdrawal of weapons from an established line of contact in Donbass, as well as constitutional reforms that would give a special status to the Donetsk and Lugansk People's Republics. Despite the agreement, the ceasefire regime is regularly violated, with both sides accusing each other of multiple breaches, undermining the terms of the accord.