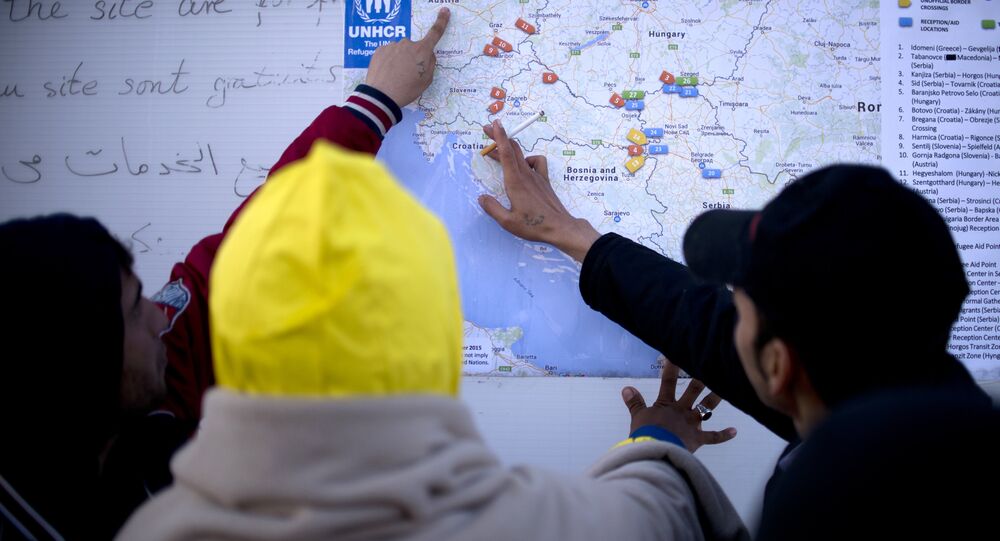 The inviolabile Balkan borders the West forced on the former Yugoslav republics during the 1990s is now being called into question by none other than the West itself.

In the past few weeks, three separate ideas have been put forth on shifting boundaries in the Balkans: Kosovo should be dissolved and “carved up,” Serbia and Kosovo should swap territory, and a new Croatian entity should be established in Bosnia.

While many of these “should’s” could rebalance territorial power in the area, it could lead to greater consequences.

A few days ago the long-standing US Congressman Dana Rohrabacher called Macedonia a “failed state” and proposed dividing it between Kosovo and Bulgaria.

In an interview with Sputnik Serbia, Leon Kojen, a former Serbian delegate at the talks on the future status of Kosovo, said that the idea of redrawing borders in the Balkans was actually floated by Western countries.

“Moreover, this process continued into the 2000s with the unilateral declaration of independence by Kosovo, so I’m not at all surprised about what is going on right now,” Leon Kojen said.

He also mentioned the threat posed by Albanian expansionism, which enjoys the tacit support by the West, above all the United States.

“In this sense, the future of Macedonia is hanging in the air, just like the prospects of the Kosovo crisis,” Leon Kojen emphasized.

Former Yugoslav Foreign Minister Vladislav Jovanovic said that the West was now talking about redrawing Balkan borders because it has always regarded the Balkans as a special interest zone even though Turkey is now willing to play a larger role there.

Russia and China also see the region as a gateway for their economic expansion to the European Union.

“The West was mistaken to believe that it fully controlled the situation and is now trying to keep other players out. It insists on normalizing ties between Serbia and Kosovo, but this scenario looks pretty unreal now that more and more people in Serbia are against the idea giving up part of their territory in exchange for EU membership,” Vladislav Jovanovic said.

"Unless US President Trump fails to fulfill his promise to end US meddling in other countries’ affairs, which probably won’t happen, then double standard concerning policy will continue," he added.

Leon Kojen agreed, saying that if the US policy of the 1990s becomes history it would be a turning point for Europe and the Middle East.

© AFP 2021 / ARMEND NIMANI
What's the Price of 'Falling in Love' With 'Independent Kosovo'?
“This would help ease tensions in the Balkans too. Just what is will look like I don't know, but if it happens it would be thanks to an agreement between the US and Russia. This would be the best thing that could ever happen to our region,” Leon Kojen emphasized.

Serbia, as well as Russia, do not recognize Kosovo’s independence.

'New Fight for Spheres of Influence' Starts in Balkans Between Russia, West