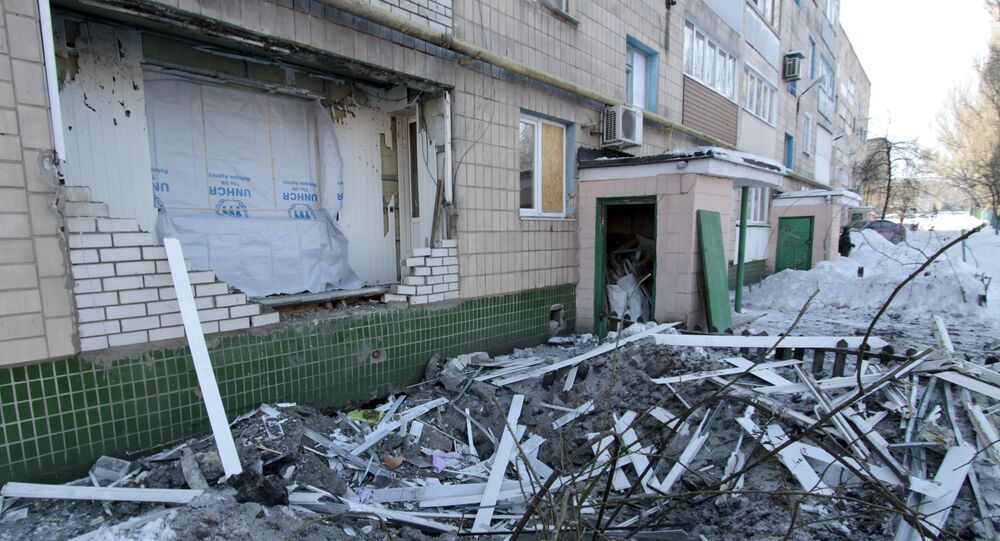 Ambulance Comes Under Fire in Ukraine's Southeast Amid Escalation in Fighting

An ambulance driver and a paramedic were injured in a shelling in the eastern Ukrainian town of Donetsk, local authorities said Wednesday.

DONETSK (Sputnik) — The situation near the industrial town of Avdiivka and neighboring Yasynuvata has been tense for several days, with civilians being deprived of running water, central heating and electricity. The Ukrainian forces and Donbass militia are accusing each other of being responsible for escalation of fighting.

"An ambulance driver and a paramedic were injured due to shelling at the Kalininsky district," a representative of the local authorities said.

© Sputnik / Michael Parkhomenko
Kremlin Calls Conflict Escalation in Ukraine’s Avdiivka 'Provocation'
On Monday, Ukrainian President Petro Poroshenko had to interrupt his visit to Germany due to the escalation of the security situation on the line of contact in eastern Ukraine. He also charged his aides with calling for the extraordinary session of the Trilateral Contact Group on Ukraine to discuss the situation.