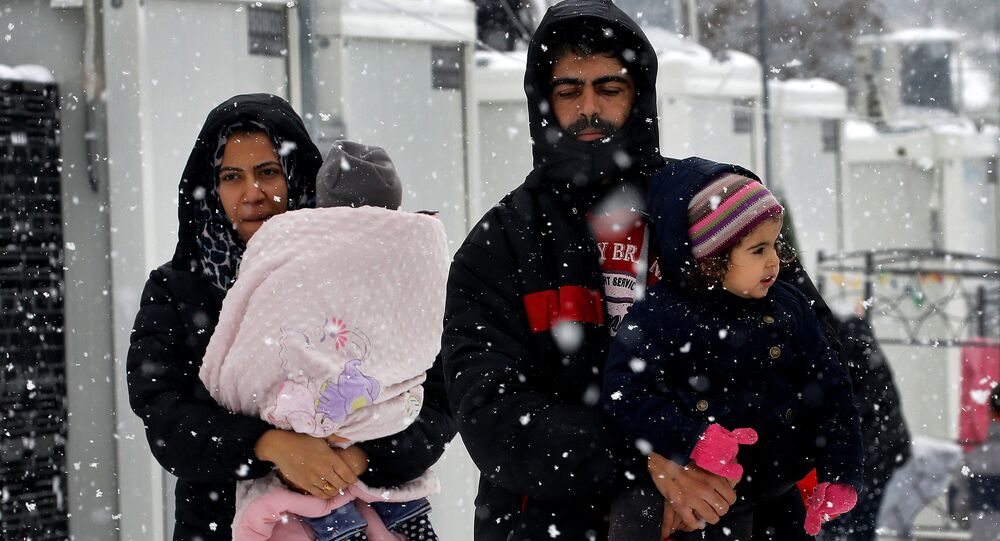 Third migrant died in Greece within a week due to harsh conditions in a refugee camp, local media reported.

MOSCOW (Sputnik) — A Pakistani national, aged between 18 and 20, died at the Moria camp on Lesvos island, what was the third lethal case in the past week among the refugees living in tents on the Aegean islands, which were exposed to extremely cold temperatures over last month, the Ekathimerini newspaper reported.

© AFP 2020 / Louisa Gouliamaki
'More Solidarity' Needed From EU Over Migrant Crisis in Greece - Avramopoulos
An Egyptian man aged 22 died on Tuesday, a 46-year-old Syrian national died on Saturday, according to the newspaper.

In January, human rights organization Human Rights Watch revealed that asylum seekers on the Aegean islands are made to live in tents which are exposed to the cold, damp, and heavy rains and winds. The heavy snow and rain in January have only worsened the already dire conditions.

Europe is suffering from a massive migration crisis, trying to find a way to tackle the flow of undocumented migrants from the Middle East and North Africa.

Greece is on the frontline of the refugee crisis, as thousands of people arrive in the Balkan state crossing the Mediterranean in order to seek asylum in the European Union.