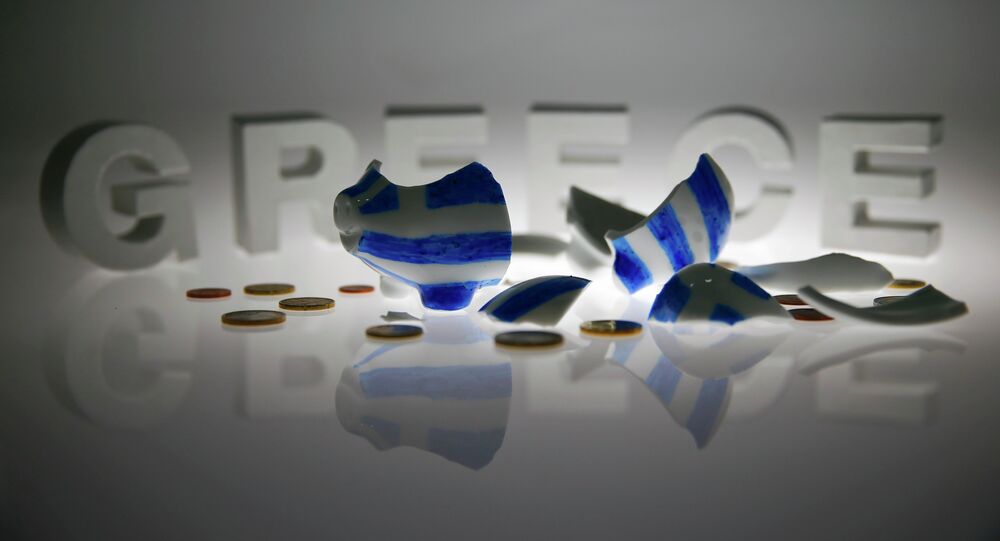 Greece's creditors have demanded more assurances from the Greek Government over reforms to its tax and public spending regimes after 2018, piling more pressure on Prime Minister Alexis Tsipras, who is already facing low popularity ratings over the harsh austerity measures being imposed on his country, Sputnik has been told.

© REUTERS / Alkis Konstantinidis
Greek Bailout Deal on Track as Eurozone Faces Election Realities
Greece is on its third bailout from its creditors — the European Commission, the European Central Bank (ECB) and the International Monetary Fund (IMF), known as the Troika. In August 2015 the creditors called on Greece to make huge reforms to its fiscal system and public spending.

These included streamlining the VAT system, broadening the tax base, reforming the overgenerous pension system and cutting public spending. This was all part of an agreement on the part of its creditors to bail out the Greek economy and return the country to economic stability within the Eurozone.

However, the measures have proved deeply unpopular, leading to mass protests and rising antipathy towards Brussels, the Eurozone and Tsipras, whose popularity polling is at an all-time low since coming to power.

"That meant that Greece needs to sign on to a multi-year fiscal adjustment program, agreed in September 2015. Now, the topics of negotiation is 'how will Greece achieve this magnitude of adjustment and which measures are the best to achieve that," Yannis Koutsomitis, world politics & economy and European affairs analyst told Sputnik.

​"The Greek Government opposes legislating up-front measures for [future] years, saying this is against the democratic role and the sovereignty of the country. On the other hand, the creditors insist that, because the Greek Government has lost credibility within the Eurozone, they need to show they are willing to adapt to the terms of the agreement," he said.

The EU's assessment of the Greek problem is that its economy had always been relatively closed, and controlled by vested interests. When the country joined the euro in 2001, it was suddenly able to borrow money at a far lower rate than previously. As a result, the government boosted spending.

At the same time, revenues weakened, in part because of a poor tax administration. Public debt soared quickly. Wages rose too fast and the country became too expensive to compete internationally. In the past, this would have caused the drachma to devalue against other currencies. In the euro area, that option no longer existed. The result was a contracting economy and unemployment rising to alarming levels.

The options open to Tsipras are few — especially with a low popularity rating.

"One easy guess is to go to the polls again, but I'm not sure that's the way out for Alexis Tsipras. My approach would be that he will seek support from the opposition and try to get a larger majority to back up a needed compromise with the creditors. If he does not find the support he needs to legislate for new austerity [measures] all options are open — maybe even a referendum on Greece's support for the Eurozone."

"There are various steps before [a full 'Grexit' from the EU] because I don't think a reasonable question would be, 'Are you willing to continue being part of the Eurozone or not?' But it could be a more complex question that could lead, eventually, to Grexit," Koutsomitis, told Sputnik.