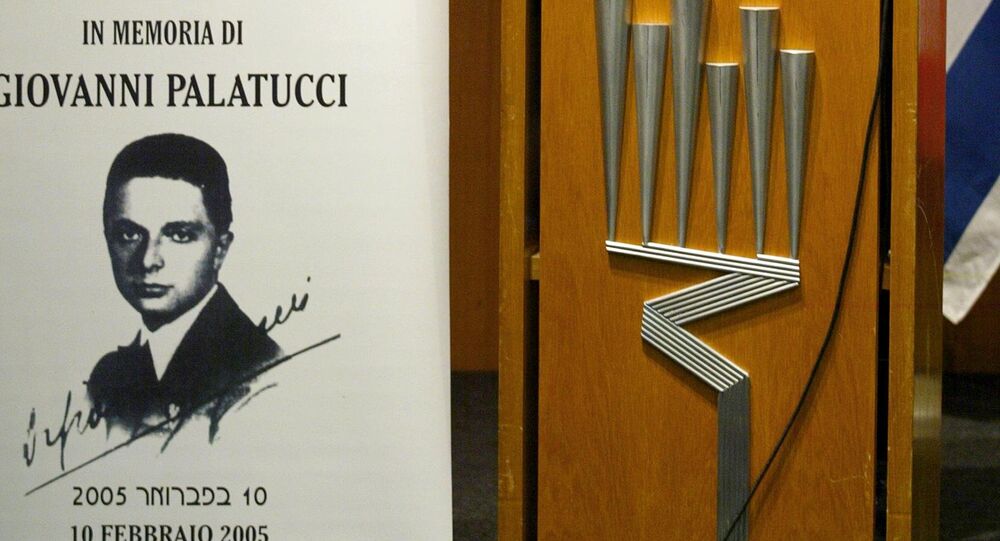 An Italian police chief celebrated for rescuing over 5,000 Jews from the Holocaust may in fact have been a Nazi collaborator, according to Centro Primo Levi, a New York-based Jewish studies institute.

Giovanni Palatucci died in the Dachau concentration camp in February 1945 at the age of 36. Ever since, he has frequently been invoked as an Italian Oskar Schindler, the German industrialist who saved thousands of Jews during the Holocaust, immortalized in Steven Spielberg's 1993 film Schindler's List.

Palatucci has been posthumously awarded a number of honors. Israel's official Holocaust memorial, Yad Vashem, designated him a "Righteous Among the Nations." He was beatified by the Catholic Church, and received Italy's Medaglia d'oro in 1995. He was also commemorated on the silver screen in 2008, in the Italian miniseries, Without Borders.

In May 2005, the Anti-Defamation League in New York hailed Palatucci's work in saving Jews in Italy, claiming he issued them with false identity papers and visas, delivered food and money to those who were in hiding, gave warnings when the Nazis were planning a "Jew hunt" and sent as many Jews as possible to the internment camps in Campagna and Puglia.

However, Centro Primo Levi say there is no basis in historical records to support claims he saved any Jews from the then-northern Italian town of Fiume, now called Rijeka and part of Croatia. They have determined the story to be a myth, based on a misrepresentation of his arrest by the Gestapo. His family, seeking post-war absolution, created and fostered the legend, and it was embraced by the Italian government in a bid to brighten Italians' role in the Second World War.

Likewise, there is no indication Palatucci destroyed documents concerning Jews in Fiume to ensure that they were not sent to concentration camps.

Instead, the documentation collated by the center indicates Palatucci was a dedicated Fascist, who actively collected and registered the names of Jews, and helped identify Jews who had fled Fiume and were hiding elsewhere under assumed names. Most were caught, arrested and deported to concentration camps. Moreover, Fiume was home to under 500 Jews, rather than the 5,000 previously stated.

The center's director, Natalia Indrimi, said Palatucci was but a "government clerk who worked in the persecutory machine as if it were any other job." He did nothing to alleviate the suffering of Jews, and was "a willing executor" of fascist Italy's anti-Semitic laws who collaborated with the Nazis.

In response, the US Holocaust Memorial Museum in Washington has removed all references to Palatucci from its website and physical exhibitions. Likewise, the website of the International Raoul Wallenberg Foundation, which once remembered him as "an Italian hero in the Holocaust" has been removed.

However, Palatucci remains commemorated in engraved piazzas and promenades across Italy.

Memory of Holocaust Victims Honored at Memorial Evening in Moscow