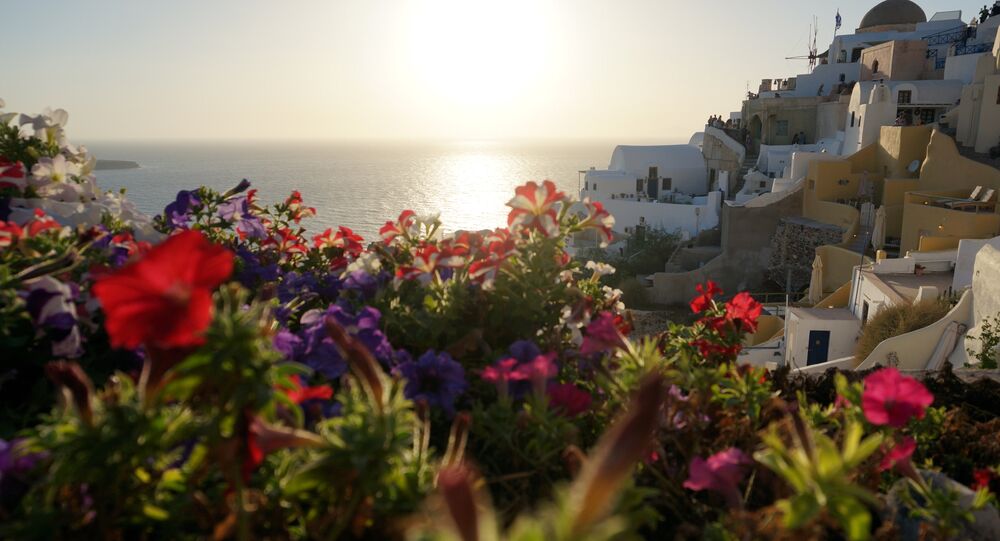 Greek PM Alexis Tsipras said Wednesday that he had not questioned the country’s membership in the eurozone.

© REUTERS / Yannis Behrakis
Greece Has to Accept Refugees From EU States Due to Dependence on Bloc - AfD Party
ATHENS (Sputnik) – Greek Prime Minister Alexis Tsipras said Wednesday that he had not questioned the country’s membership in the eurozone, in an interview with the Efimerida ton Sintakton newspaper.

"I have not thought about it and have not raised the issue," Tsipras said, commenting on the possibility of a scenario of Greece’s leaving the eurozone.

Tsipras added that exiting the eurozone would have been a "stupidity."

Tsipras gave the interview to the newspaper in the light of the ruling left-wing Syriza party’s second anniversary in power.

Syriza won the early general election on January 15, 2015. This was the first time a radical left party came to power in a European state. However, Tsipras’s government is subjected to accusations of pursuing right-wing policy.