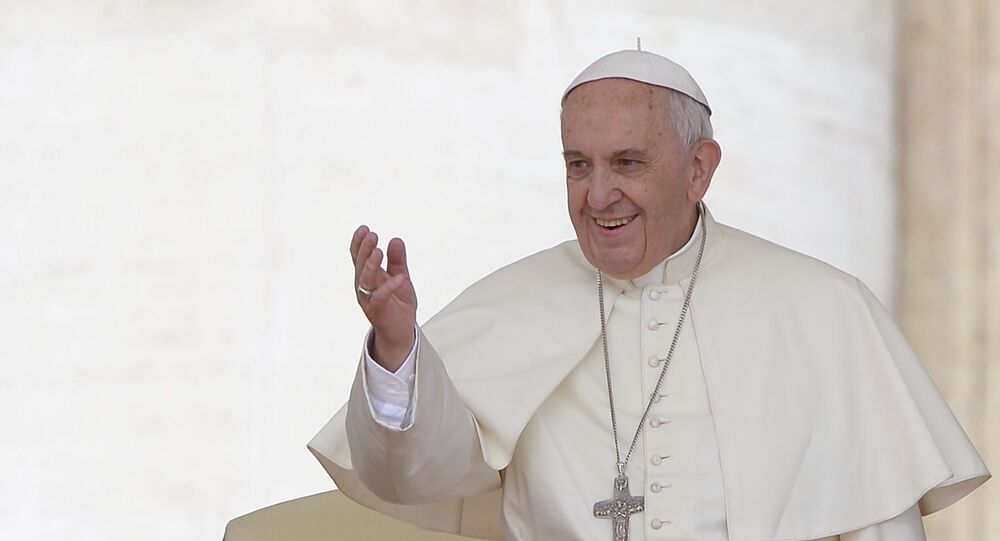 The European countries should accept and assimilate migrants instead of creating ghettos, Pope Francis said in an interview with El Pais newspaper.

MADRID (Sputnik) — The supreme pontiff said that Europeans' negligence has led to emergence of ghettos all around the EU.

"The process of integration should be started … when the integration does not happen, ghettos arise. That is nobody’s fault, but practically it exists. The people, who caused the catastrophe in Zaventem [airport] were born in Belgium. But they lived in an reclusive district of migrants," Pope Francis said.

Europe has been beset by a massive refugee crisis, with hundreds of thousands of undocumented migrants fleeing crisis-torn countries in the Middle East and North Africa to escape violence and poverty. The majority of these cross the Mediterranean Sea and arrive in the European Union using southern EU nations to transit to wealthier north European countries.